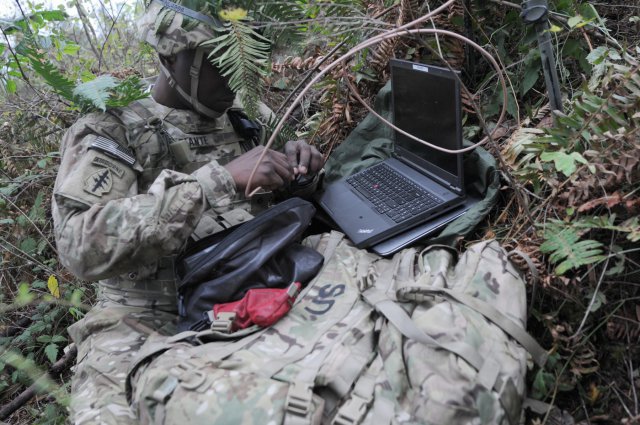 (Cyberwar.news) Tanks, ships, planes, missiles and personnel are going to be important elements of warfare well into the future. But the most important emerging skill will be the ability to use, and defend against, cyberwarfare.

The Pentagon has embraced this new battle skill and is beginning to train personnel down to the battlefield level. In recent days U.S. Army Cyber Teams held war games aimed at honing these skills as armies around the world become more sophisticated in their use of cyber space.

As reported by Breaking Defense:

The Army is reinforcing its combat brigades with cyber soldiers. In 18 months of wargames with a wide range of units — tanks, Strykers, infantry, Airborne, Rangers — Army Cyber Command troops have brought hacking and jamming to bear on the (simulated) battlefield alongside guns and bombs.

The exercises have already revealed cybersecurity shortfalls that prompted the Army to add two network defense specialists to the permanent (“organic”) communications staff of every brigade. Two soldiers per brigade may not seem much, but Army-wide that adds up to over 100 personnel, all skilled specialists in high demand for other cyber missions.

The mock battles have also tested different types of cyber SWAT teams — known provisionally as ECTs, Expeditionary CEMA (Cyber Electromagnetic Activity) Teams — that would be dispatched from higher headquarters to augment brigades as needed for specific operations. The ECT is very much a work in progress. The current design has grown to 15 soldiers, specialists in areas ranging from cyber attack and cyber defense to information operations and electronic warfare.

The addition of cyber capabilities for the Army, in particular, are welcome. The service branch has been the least reactive to improving its cyber warfare capabilities, especially from the battlefield. Linked to satellites, the Army’s cyber warriors will eventually develop the capability to disrupt the systems of enemies they face, destroying or disabling targeting, command-and-control and logistical systems.

What Army EW assets exists are in the hands of high-level headquarters, not corps and below, acknowledged Gen. Daniel Allyn, Vice Chief of the Army Staff. “That’s the area that we are most aggressively working to change our stance and we will ensure that the resources align,” Allyn told an AUSA conference, where Nakasone and Frost also spoke. The Army’s also seeking to accelerate fielding of EW equipment, he said.

In the coming years, Army cyberwar capabilities will dramatically improve as the service comes to grips that it must embrace the 21st century way of breaking things to win battles.