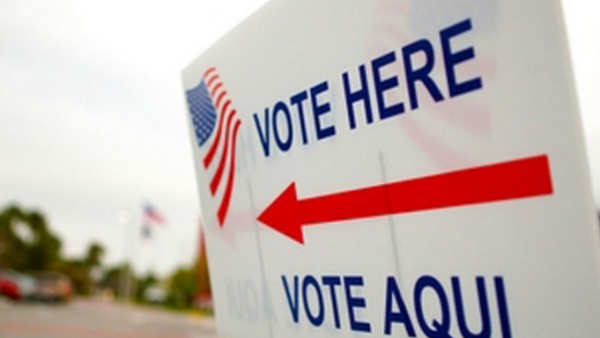 An organization founded on a pledge to defend the Constitution, individual liberty and freedom will send members to various polling stations on Nov. 8 to monitor balloting and help protect against voter fraud.

The group, Oath Keepers, is launching what they are calling ‘Operation Sabot 2016′ — in response to the various reports of voter fraud that have surfaced in the past several weeks. In addition to those reports, videos produced by the undercover investigative journalism group “Project Veritas” appear to depict operatives for Democratic presidential nominee Hillary Clinton organizing efforts to commit massive voter fraud. Although it’s not being reported across mainstream media, Clinton’s illegal efforts are out in the open, with even GOP presidential nominee Donald J. Trump warning voters about the situations surrounding voting.

The Project Veritas videos feature Scott Foval, the Deputy Director at People for the American Way — a far Left political action group. He was filmed stating, “It doesn’t matter what the legal and ethics people say, we need to win this motherf%&#er,” and, “It’s a very easy thing for Republicans to say, ‘well they’re bussing people in.’ Well you know what? We’ve been bussing people in to deal with you f%&kin’ a%$holes for fifty years and we’re not going to stop now, we’re just going to find a different way to do it.”

Many are reminded of the 2008 incident in Philadelphia where members of the New Black Panther Party were seen outside polling stations armed with clubs, taunting and intimidating voters. While officials with the Bush Justice Department’s Civil Rights Division filed suit against Maruse Heath, leader of the Philly chapter, and some of his colleagues, the corrupt and politicized Obama Justice Department later dismissed most of the case.

Stewart Rhodes, founder and president of the 30,000-strong Oath Keepers, told NewsTarget that members will keep a low profile at polling stations and will not be wearing organizational clothing or uniforms. That’s because, he says, he doesn’t want to be accused of intimidating voters, and because those who may seek to commit fraud will not know they are being watched.

The objective of the operation is to simply observe in the background and video document any cases of suspected voter fraud and report it to the proper authorities.

As to what members are being told to look for, Rhodes gave an example of a van pulling up, spewing out voters and then those voters returning to the van after casting ballots, and perhaps bragging about “heading to the next station.” At that point Rhodes said members would alert other Oath Keepers at local polling stations to keep an eye out for the van.

They will also be on the lookout for blatant, open attempts to intimidate voters, as well as any signs of terrorism.

He also noted that it was obvious from the Project Veritas revelations that voter fraud is not only real, but something that the Left has been doing for decades – hence the need to monitor the polling stations.

“The American people are sick of it,” he told NewsTarget.

While Rhodes said Oath Keepers as an organization does not endorse political candidates, he made it clear he believes a Clinton presidency will be extremely harmful for the country, something he described as an “extinction-level event.”