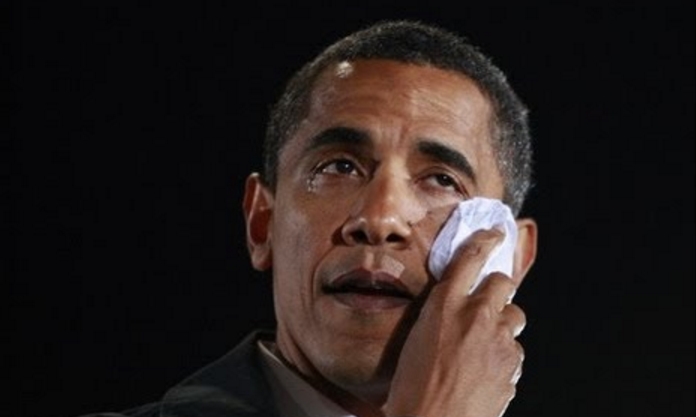 One of the most frustrating things about life in 2016 is the fascistic nature of the federal government. Given the fact that this country was founded on personal freedoms and, most importantly, the freedom of speech, it’s absolutely disgusting that the federal government has forced our nation to drift so far away from how our Founding Fathers envisioned it. The Land of the Free has become the Land of the Enslaved.

What’s even worse is the fact that many American citizens are willingly giving in to this ridiculous idea that they have to listen to the demands of the federal government. They refuse to consider the idea that perhaps the fascists running many branches of the federal government are not the kindhearted people that desperately want you to believe they are. This type of willful ignorance is leading all of us off of a cliff that means certain doom for the American public.

Consider the fact that President Barack Obama is in the process of creating an SS-style community program in order to prevent people from falling into “violent ideologies.” Of course, what the federal government considers a dangerous ideology vastly differs from what us patriots believe, which almost guarantees that there is something corrupt going on here.

Julia Edwards of Reuters reports, “The policy aims to prevent conversions to all violent ideologies, including the white supremacist beliefs held by a gunman who killed nine black church members inside a historic African-American church in Charleston and the other shootings and bombs were inspired by Islamist militants. Critics said, however, that such efforts largely target Muslims.”

Of course, it’s hard to believe that anything substantial will be done to prevent the rise of radical Islamic terrorism in this country, given the fact that virtually nothing has been done to prevent it thus far. When you take a look at the state of America today, that is one of the biggest issues plaguing our country and yet the federal government has widely ignored its existence. Why should we believe that they are going to do something about it now?

No, this community program is to prevent people from falling into the “violent ideology” of conservatism. The powers that be don’t want us to discover the fact that we really don’t need them in our lives. As soon as people realize that we don’t really need the federal government to tell us how to live our lives, they will reject this fascism and send their whole empire crashing down.