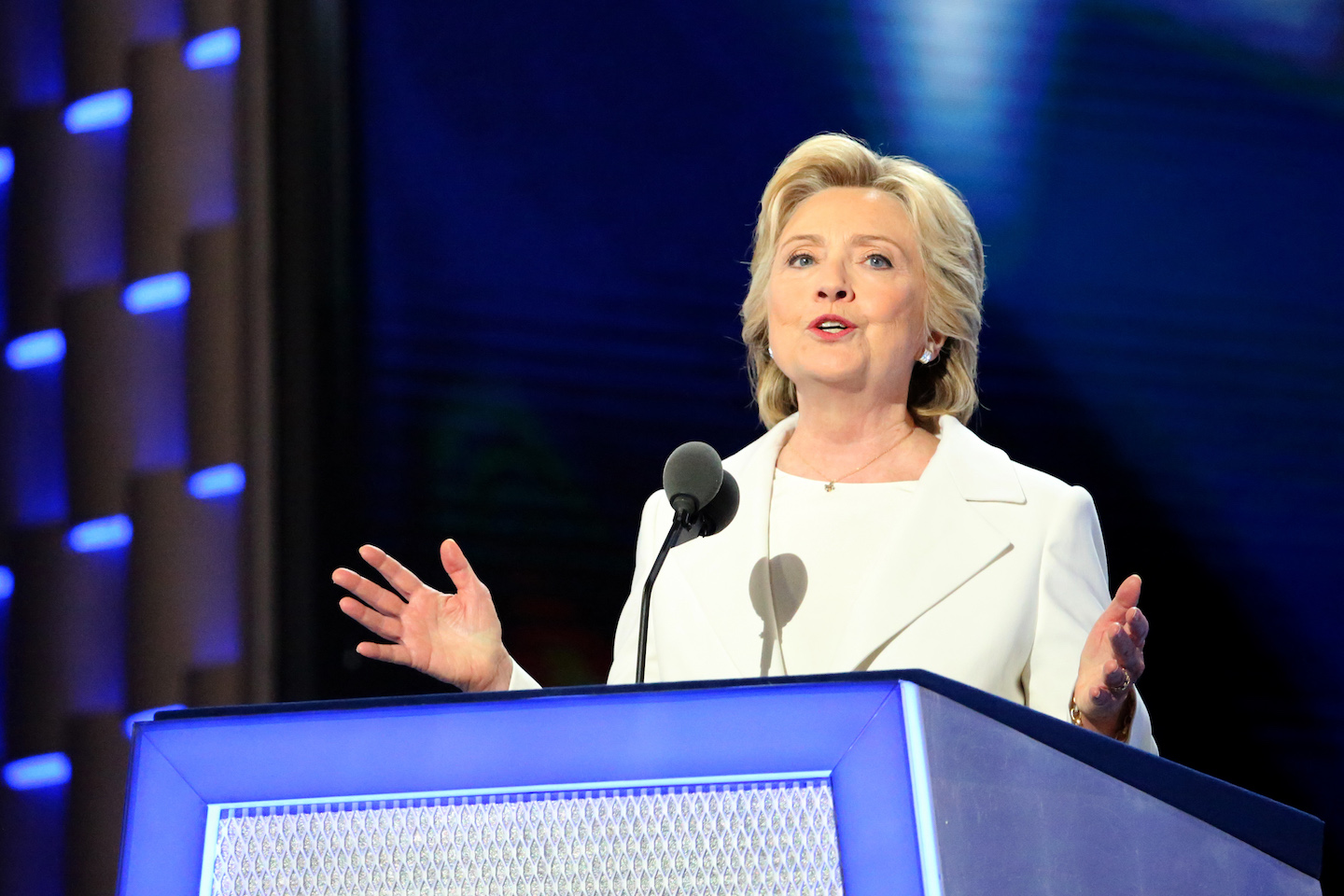 Despite all the evidence to the contrary, the Regressive Left continues to lie and say that they are not trying to repeal the Second Amendment. Using the argument that they’re going for “common sense gun control” instead of a full-fledged destruction of the right to bear arms, the leftists have tried to trick us into giving in to their desires. Of course, most of us are far too intelligent to believe their lies.

With the upcoming presidential election on the horizon, Hillary Clinton has found herslef at the forefront of this, and things are not looking good for the Democratic nominee. Now, much of that has to do with the fact that everything that comes out of her mouth feels completely inauthentic and disgusting, but it also has to do with the fact that she has a history of corruption. Overall, she’s doing a terrible job of making this work.

Ben Wolfgang of The Washington Times breaks it down, stating, “The former first lady is walking a fine line on guns as she tries to peel away independents and some Republicans from Donald Trump while also painting herself as a gun control champion.” While we would like to believe that nobody is buying into this, some unfortunately are. Wolfgang continues, “On the campaign trail Mrs. Clinton frequently calls for new gun safety measures as she reassures law-abiding Americans their firearms won’t be targeted under her would-be administration.”

Furthermore, new evidence from the Wikileaks email hacks shows that the Clinton campaign is trying to take a firm stance on gun control — much firmer than Hillary had previously claimed, which poses all sorts of problems for her. The emails reveal that members of her campaign were attempting to exploit the deaths of people all across the United States in order to push a gun control agenda. With her eyes watering with fake tears, Hillary planned to name-drop these people in front of the American public so that they would give in and hand over their guns.

That didn’t work. And it will never work.

The bottom line is that we shouldn’t trust anything that comes out of her mouth. She is a corrupt, establishment politician that doesn’t care about the wellbeing of the American people. She simply wants to use us to her benefit and then forget that we ever existed. That is not the kind of person we need running our country. Now more than ever, we need a strong leader.

We do not need Hillary Clinton.