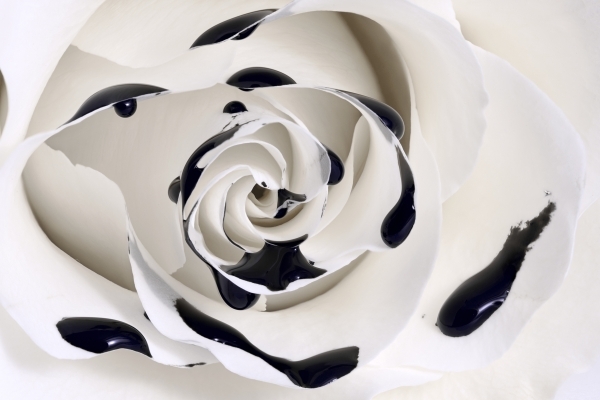 As we draw closer to the day that many of us hope will end the outright assault on liberty, I can’t help but feel our nation will never be the same again. It is unfortunate that far too many of us have fallen for the false paradigm of right vs. left politics and fail to realize that there is a process of change taking place that is influencing every one of us. The presidential debates have turned into nothing more than a reality television series designed to keep the uninformed entranced by a spectacle of insults and attacks by two power hungry individuals allegedly representing the exact opposite in ideas and ideologies. The truth is that these candidates will say anything to get elected and often times know exactly what to say to their audiences due to polling and data mining of opinions and attitudes towards certain issues. Many would argue that Donald Trump has risen to his level of prominence precisely because he is not beholden to any political party or special interest groups; however, by voting for Trump we are inevitably accepting change that we may not have accepted before because we have been brought to a point of desperation. Lets not forget that Donald Trump once identified as a Democrat. In fact, he is even quoted as saying that the economy typically does better under Democrats. So, after years of failed Democrat economic policies we are accepting this man as our presidential contender? It is easy to understand why, most people simply are not familiar with the principles of change practiced by the left. Most people do not believe that evil exists and that a deliberate strategy would be employed to not only control the narrative but to guide the way you think through it. That is exactly what is happening in Trump Vs. Clinton folks. You see, the social controllers want change, and they want you to want change. Once they can bring you to the point of wanting to change the system because of the incessant corruption, they can mold you like clay and bring you along like a desperate puppy in search of a meal. The creation of hopelessness is a deliberate change strategy employed by the left; never forget the quote from Rules For Radicals.

Any revolutionary change must be preceded by a passive, affirmative, non-challenging attitude towards change among the mass of our people. They must feel so frustrated, so defeated, so lost, so futureless in the prevailing system that they are willing to let go of the past and chance the future.

While the nation seems to believe that Trump will restore America to her former greatness they fail to realize that Trump is in fact, change that the left can live with. Their opposition to Trump is a ploy contrived to strengthen his support and give the illusion of choice.

Truthfully, a morally sound nation adhering to founding principles such as ours should be disgusted at the outright mockery of our nation which they disguise as a presidential race. That’s exactly what it is too, a mockery. Is it possible that the treacherous corruption and the constant mud slinging is more than mere attacks to discredit each others opponents but a deliberate strategy designed to discredit our current system of government and create demand for change? Is it possible that Hillary Clinton is deliberately corrupting herself in order to create the necessary anger needed to bring about their much desired social revolution? In “Forcing Change Through Chaos And Conflict” I discussed Dialectical Materialism and the left’s belief that change is the natural result of conflict. Here I would like to discuss the type of morality we are dealing with it comes to the left and their belief that they can create a better world,or a utopia.

Most of us are familiar with the term “the ends justify the means.” Have you really sat down and thought about what that means? Alinsky describes the concept of means and ends by saying the following-

“To say that corrupt means will corrupt the ends is to believe in the immaculate conception of ends and principles.”

What Alinsky is saying is that there is no ultimate moral authority that determines the meaning of right and wrong and that morality can be determined based on the ends which you are pursuing. In other words, the creation of a better world, a utopia where everyone is completely equal is worth the corrupting of one’s self in order to achieve it. So in essence, corrupting one’s self in the eyes of the left, in pursuit of utopia is in a way, the highest level of morality. Consider the following from Alinsky.

In action, one does not always enjoy the luxury of a decision that is consistent both with one’s individual conscience and the good of mankind. The choice must always be for the latter. Action is for mass salvation and not for the individual’s personal salvation. He who sacrifices the mass good for his personal conscience has a peculiar conception of “personal salvation;” he doesn’t care enough for the people to be “corrupted” for them.

Seeing as though Hillary Clinton wrote her college thesis “There is Only The Fight,” based on the Alinsky model, and considering the fact she worked for the man it is safe to say she adopted some of this mentality. One of the things implied in this line of thinking is that there is an elite group of people that know what is better for everyone else and they alone have the right to impose their will on mankind. This certainly fits Hillary Clintons frame of mind. Also, consider the fact that she desperately wants to be president because she believes her vision for our nation is superior and that she has the divine right to rule over us. She wants to implement “social change” and according to Alinsky, to view achieving social change as anything other than a strategic problem is to fail all together.

Whenever we think about social change the question of means and ends arises. The man of action views the issue of means and ends in pragmatic and strategic terms. He has no other problem; he thinks only of his actual resources and the possibilities of various choices of action. He asks of ends only whether they are achievable and worth the cost; of means, only whether they will work.

Considering the points that have been made concerning the Alinsky model, it is completely possible that Clinton is deliberately corrupting herself in order to create the necessary demand for change. The truth is however, that the entire system has been corrupted in this manner. We have a Republican Congress that refuses to do anything about the rampant corruption even though it has been exposed for all to see. This means they are either in on it or they are simply too scared to take a principled stand. Somehow, I have a feeling its the former. The system was allowed to become as corrupted as it is because it gives the politicians the opportunity to continually seek change. Little by little our country has adopted more draconian policies because people have been demanding solutions to problems that government has purposefully created. I think someone once wrote that we have the right to take charge of this process and institute new government if the one we have becomes destructive to the ends of individual liberty and the pursuit of happiness.

We hold these truths to be self evident, that all men are created equal, and they are endowed by their creator with certain unalienable rights, that among these are life, liberty and the pursuit of happiness-That to secure these rights, governments are instituted among men, deriving their just powers from the consent of the governed , that whenever any form of government becomes destructive of these ends, it is the right of the people to alter or abolish it, and to initiate new government, laying its foundation on such principles, and organizing its powers is such form, as to them shall seem most likely to effect their safety and happiness.