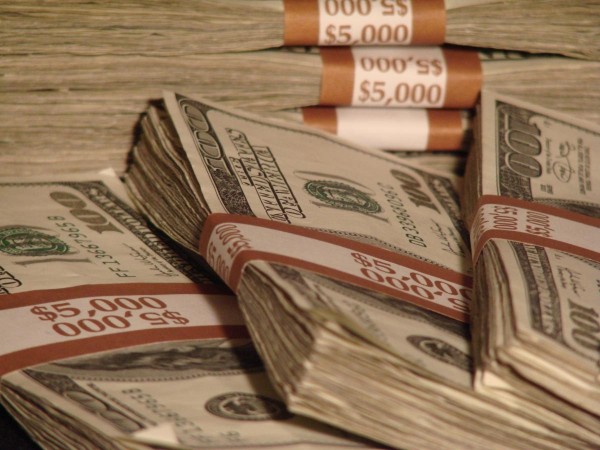 At a recent meeting of the Council on Foreign Relations, a Harvard economist railed against the use of physical cash in amounts greater than 10 dollar bills. Also a member of the economic advisory panel of the Federal Reserve Bank of New York, Kenneth Rogoff argued that cash itself is no longer used for retail transactions, as those purchases are most often made using a debit or credit card. Instead, he reasons that cash is actually used mainly for criminal intent: tax evasion, drug and human trafficking, extortion, etc.

Others view this mainly as a means for the government to monitor one’s transactions with utter scrutiny. One argument is that your money no longer belongs to you the moment it is deposited in a bank. Courts have ruled in favor of the banks as well. Thanks to fractional reserve banking, banks are able to take an individual’s hard earned income (the portion not already extorted from each paycheck taken under the guise of taxation and redistribution), modify it to look as though more is there than what is true, and then loan that money out at a high interest rate while paying the consumer who opened the account a tiny fraction as interest. Unfortunately, many banks find ways to tack on unnecessary fees to a person’s account that most likely minimize, or eliminate completely, any meager amounts accrued in interest from the bank’s other transactions.

Additionally, should an individual want to close an account with a banking institution, he or she will not receive the physical cash amount equal to their respective savings. They will simply receive a check as most banks will state that they do not have the full amount of money on hand. Their only choice is to bring that check to another bank and deposit it there under a new set of guidelines, regulations and fees. All of this is supposedly being done to stop the spread of an underground economy, and while few banks are taking action against the government for what is perceived to be too much oversight, most are simply reaping the benefits of unchecked control over the population’s earnings.

For the estimated 60 percent of Americans who feel that the United States government already has too much control, it’s even more unnerving that a panel member of the Federal Reserve would give a speech with such implications at a Council on Foreign Relations event. To some, an electronic-only transaction system only seems to further the erosion of individual privacy that runs rampant in modern America.