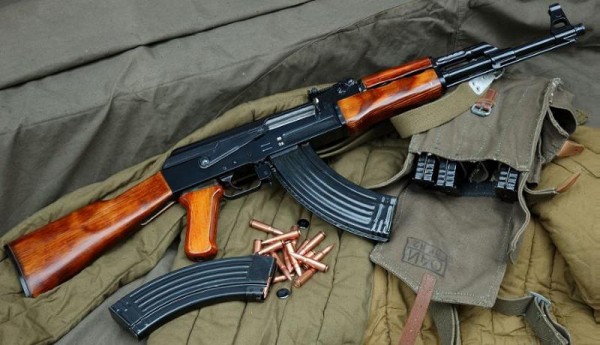 In 2016, nothing is certain. We’re living in one of the most unpredictable and generally frightening times in modern American history, as things simply don’t seem to be going well across the country. Between economic woes and the growing civil unrest in virtually every aspect of our lives, the only thing we know for sure is that danger could potentially be around every corner.

In spite of this, members of the Regressive Left have made it their purpose in life to fight against the Second Amendment by attempting to put ridiculous, unconstitutional regulations on firearms and firearm manufacturers. If they succeed, life in America is sure to become a lot scarier and a lot more complicated for those of us that are willing to protect ourselves and our loved ones from potential attackers.

They will continue to claim that there is no evidence of good guys with guns stopping bad guys with guns, but at this point, how much more evidence do you really need? For the latest instance of this being proven to be a completely false sentiment, look no further than the Lone Star State.

A jewelry store employee in Conroe, Texas, left four attempted armed robbers stunned when he removed an AK-47 from behind the counter and opened fire, killing one of the men in the process. It has been reported that multiple employees in the store opened fire on the suspects, proving that there are still good people in the world that are unafraid to defend themselves and those around them with firearms.

Bob Price of Breitbart reports, “The suspect who began shooting was struck and killed in the gun fight. The other three suspects escaped in a white Dodge Charger. Police found the Charger not far from the scene of the robbery. The suspects in the failed robbery attempt had abandoned the car and remain at large.”

Here’s hoping that those who are responsible are brought to justice and punished severely for their crime, but it’s also refreshing to hear that innocent people were protected in a situation that could have ended extremely poorly. Whenever there are criminals carrying guns – and let’s face it, outlawing firearms won’t change this – the only thing that is going to stop them is law-abiding citizens that are carrying guns.

The Second Amendment of the United States Constitution is vitally important to the safety and well-being of Americans all over the country; we need to honor it as such.