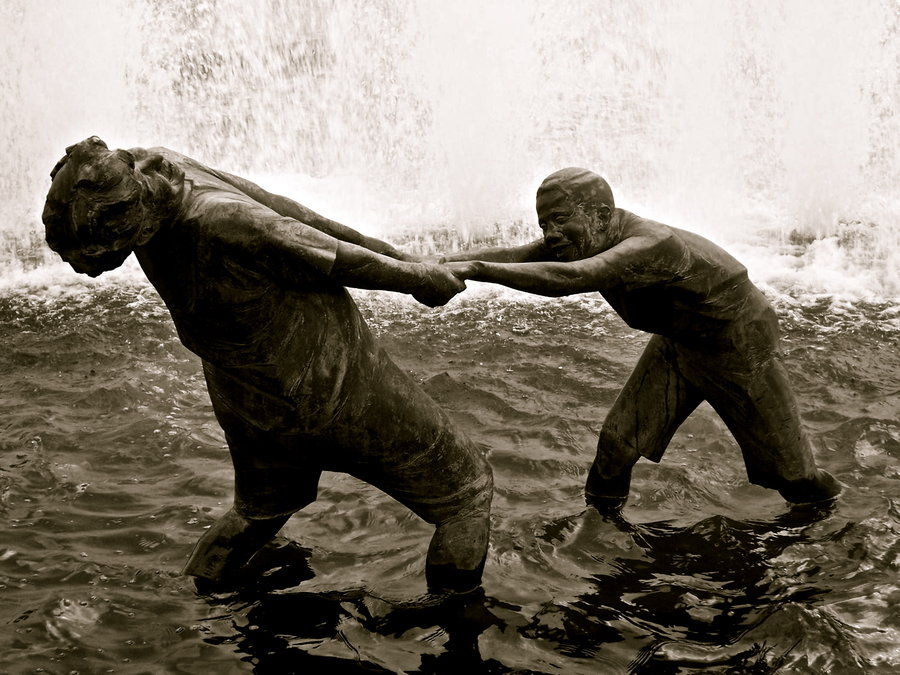 For years now I have been writing about the left and the dialectic in which they operate. As it seems our country is drifting further and further astray, the motivation to write just isn’t there because I  feel like I am repeating myself over and over again. For instance, a story recently broke about the Department of Justice not pressing charges against the Libyan arms dealer because he threatened to expose Hillary Clinton’s involvement. Normally, after seeing a story like that I would be excited to hypothesize about how it fits in the dialectic and I would theorize how the left could use this type of story to their advantage; in the way of discrediting America on the world stage perhaps, in order to push global gun control. I would then write about how it creates a kind of chaos and hopelessness in our current system; the kind of hopelessness for example, that would prompt the American people to accept Donald Trump as their next president. I would highlight the fact that this is the Alinsky tactic of fomenting revolutionary change and that it has been used repeatedly for the past several decades to push the thoughts and attitudes of Americans towards the ideals of statism.

“Any revolutionary change must be proceeded by a passive, affirmative, non-challenging attitude toward change among the mass of our people. They must feel so frustrated, so defeated, so lost, so futureless in the prevailing system that they are willing to let go of the past and chance the future.” Alinsky, Rules For Radicals pp. xix

It almost seems as if the job of any administration is to create as much havoc as possible in order for a new savior to be introduced; it’s just the savior always turns out to be the same guy we thought we were getting rid of. George Bush, in the minds of the left, had destroyed this nation in much the same way Obama has done in the minds of conservatives. Drawing on Alinsky’s principle quoted above, Americans were so hopeless and lost after the September 11 attacks and nearly a decade of war that they were ready and willing to accept any change. What they didn’t realize was that society is studied by highly intelligent social engineers who manipulate the environment to force behavioral change and that Obama is a character created to sell the same product with a different sales pitch. Obama’s wars in Libya and Syria were executed under the same war plans as Bush’s wars in Iraq and Afghanistan, this was called the Project New American Century. Through the employment of psychological warfare techniques, they were able to convince millions that Barrack Obama  would bring meaningful change, and to this day these techniques have been proven so effective, that millions still believe he did. Through Obama’s push of multiculturalism and fairness, and the creation of false racial strife, Obama has been engaging in the same wars that had infuriated the left to begin with, and he has gotten away with it almost flawlessly.

They want you to believe that the ideological divide between the liberal and conservative worldviews is so wide that there will never be meaningful dialogue between the two sides when in reality the truth is far different. The political left and right are artificial constructs designed to keep us in a constant state of conflict in order to achieve social change. They may appear to be ideologically opposed to one another; however, in reality there is very little difference when it comes to major policy initiatives. The Project New American Century is one example but the fact that the Republican controlled congress has offered virtually no resistance to Obama, is yet another. Perhaps the reason they are caving on every issue is that they are deliberately trying to cause tension amongst the people. Perhaps they are trying to make us feel defeated; or perhaps they are intentionally making us angry in order to cause conflict. The thing that most Americans don’t understand is that the left believes change is the natural outcome of all conflict. They operate under the principles of Dialectical Materialism, which is the basic philosophy from which communism was devised. This philosophy posits the idea that change comes from struggle. This is approached from a purely scientific mindset as the left generally believes that men have no spiritual element and are actually devoid of any individuality.

Dialectical Materialism: The Marxist theory that maintains the material basis of a reality constantly changing in a dialectical process and the priority of matter over mind.

In other words, the left looks at society in scientific terms. We are not individuals, society as a whole represents nothing but matter which can be manipulated; change will be the natural result of chaos and conflict. The Hegelian Dialectic is the process in which conflict is intentionally caused in order to get the masses to demand a predetermined solution. This goes right along with Alinsky’s quote as well. Society is being led into hopelessness so we will see no other solution but to accept global government. The recent news of an imminent nuclear war, constant exposure to violence in our streets and the never ending propaganda that suggests American culture is responsible for the ills we face are a deliberate strategy to make you lose hope and a belief in your nations principles. The constant lies about rampant racism, the climate change hoax, and the corruption in our government in particular are all tools being used to get us to see our current system as being flawed and in need of change.  Through the communist controlled education system our children are being force-fed lies about our culture and history that they will inevitably, in generations to come, demand the change the left wishes to impose upon them. The truth has been diluted and misconstrued to the point that most people simply do not know how to research it, let alone defend it.

Sadly, America finds itself once again enthralled by a circus posing as a presidential race. The race itself is being mocked as it is being treated like a reality television program targeted to a nation of useful fools looking for someone else to lead the way. On one side is a person who is of the lowest type of character imaginable, a woman advocating for live birth abortions has no value for human life, period. On the other is a man that if we were not in such a desperate situation the thought of him running for president would be laughable. A man running as a republican, who throughout his life has supported Democrat policies such a single payer health care and Bill Clinton’s assault weapons ban. Rest assured, I am done bashing Trump; my hand is kind of being forced unless I want Hillary to win. Hmmm…….what was it that Alinsky said?