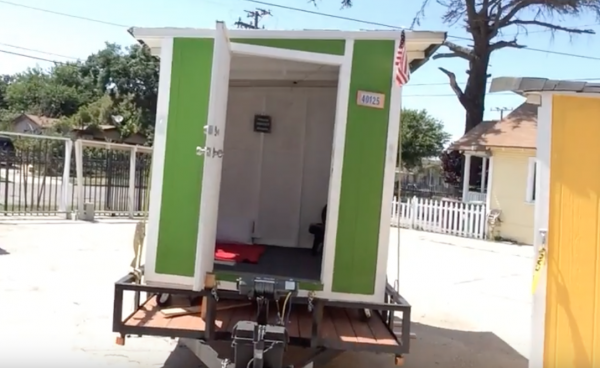 The so-called “tiny house” movement is booming as a growing number of Americans seek a more sustainable lifestyle. One grandmother with vision has a solution of her own: tiny hemp houses.

As reported by Natural Blaze, the U.S. Drug Enforcement Agency considers hemp to be dangerous, which is why it continues to classify cannabis as a Schedule I drug – the same as heroin, ecstasy and other potent drugs with much more potential for harm. This, despite the fact that hemp plants contain almost no THC, which gives cannabis its psychoactive effect.

That could be due to the oil industry’s influence on Congress, and its ties to lawmakers’ campaign accounts. Hemp is one of the most viable alternatives to fuel, plastics and other materials used in construction. Indeed, there was a time in America when it was considered a valuable domestically produced crop – back before the U.S. government was for sale. Hemp is also linked to substantial medical benefits.

A Bellingham, Washington, grandmother, Pamela Bosch, seeks to revitalize a once-bustling industry while providing Americans who want to escape the blatant consumerism of today’s debt-ridden economy by living a simpler life. She has combined that philosophy with innovative building practices utilizing hemp as a primary construction material. Her organization, Highland Hemp House, uses hemp imported from Europe to build energy- and resource-efficient homes.

“The planet we live on is a rapidly changing environment that demands that human beings become more conscious of our living arrangements,” she said, as quoted by Natural Blaze. “Smaller spaces that require less energy are part of the emerging response to inefficient buildings, as are eco-villages with shared resources.

“Net Zero houses that produce the energy they will consume and permaculture designs that are mindful of the synergies of systems that support life in place,” she added.

Our houses are our homes – places where we eat, sleep, entertain and withdraw from an increasingly boisterous and imposing world that is becoming more and more connected to an Internet so often hacked. Because she believes that Earth is undergoing rapid environmental transformation, it is important that our living centers become much more sustainable. The tiny hemp house is one solution, Bosch believes.

“Living is an active word,” her website says. “The places we live give structure to how we live.”