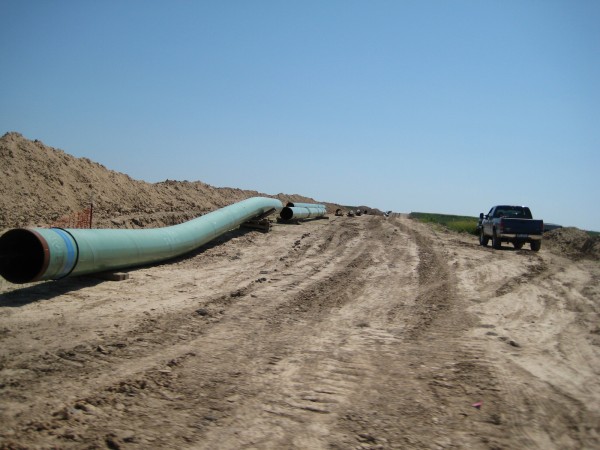 You can’t turn on a television or browse the internet without seeing story after story about pipelines. Whether it be the decision to enact a new pipeline, or the horrific repercussions of pipeline spills, one of the main storylines in America at the moment involves the transportation of gasoline.

In fact, the governors of both Georgia and Alabama have declared their respective states to be in a State of Emergency, following a pipeline spill in which a quarter of a million gallons of gasoline were poured out onto the ground. As expected, losing that much gasoline in a society that relies on fossil fuel to do almost all of its traveling is a massive issue.

Danny F. Quest of We Are Change reports: “The pipeline operator, Colonial Pipeline, predicted that Alabama and other southeastern states would be the first to feel the impact of the pipeline’s shut down. The pipeline runs from Houston, Texas, to New York and is the main gasoline artery linking Houston refineries to the rest of the Eastern Seaboard.”

When people don’t have access to a commodity that has become a necessity in their lives, they have a tendency to react extremely illogically, which has the ability to become extremely dangerous for everyone in the region. Furthermore, the negative health effects that such a spill could enact on citizens are of major concern.

These kinds of problems are nothing new, and it’s absolutely ridiculous that the federal government hasn’t done more to prevent such disasters from taking place. Why they continue to waste taxpayer dollars on welfare programs that obviously aren’t working, while refusing to even consider finding alternative energy sources is enraging. There’s a very serious issue going on in the world, and the complete disrespect for the environment is going to have long-term negative effects.