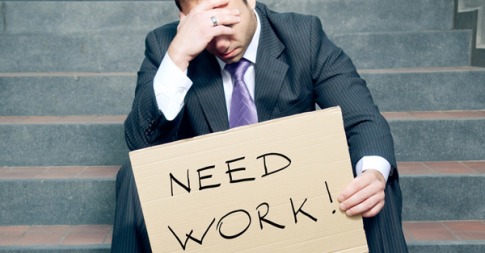 June 3, 2016. Today the Bureau of Labor Statistics announced that the US economy only created 38,000 new jobs in May and revised down by 59,000 jobs the previously reported gains in March and April.

Yet the BLS reported that the unemployment rate fell from 5.0 to 4.7 percent, a figure generally regarded as full employment.

The May jobs increase only covers a small fraction of the monthly growth in the labor force and, therefore, cannot account for the drop in unemployment.

The question becomes: How real is the 4.7% rate of unemployment?

The answer is: Not at all.

The unemployment rate dropped because people unable to find jobs ceased looking and are no longer counted as being in the labor force. If you are unemployed but not considered part of the labor force, you are not included when unemployment is measured. The BLS says that in May there were 1.7 million Americans who “wanted and were available for work,” but “were not counted as unemployed because they had not searched for work in the 4 weeks preceding the survey.”

In other words, the unemployment rate is a useless measure of unemployment, just as the consumer price index no longer measures inflation. What were once useful statistical measures have been converted into good news propaganda.

Another inconsistency is the BLS report that, despite the low unemployment rate, in May almost another one-half million Americans were forced into part-time jobs as full-time employment was not available.

The loss of annual income is greater for many. The average is a result of shorter and longer work weeks. The shorter work weeks that pull down the average are not full-time jobs and therefore do not receive health and pension benefits.

Just as Washington and the presstitute media lie about everything else, they lie about the economy.

The United States of America has been reduced to a House of Cards whose foundation is lies.

How long can it stand?