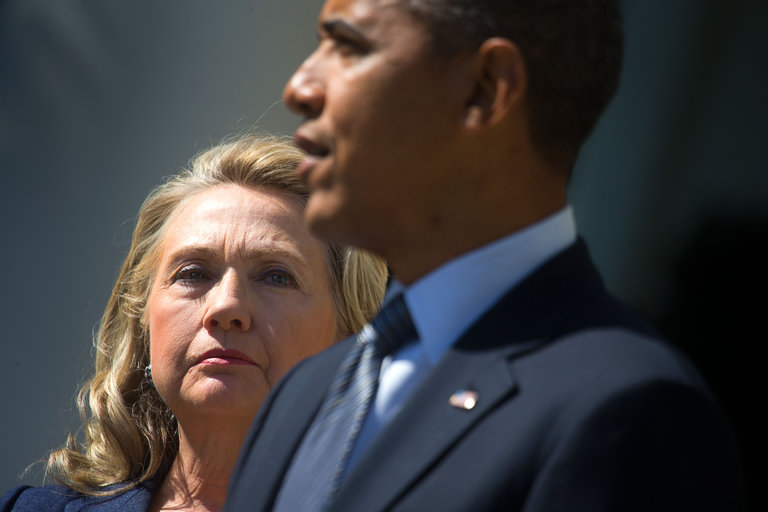 When Barack Obama isn’t traveling overseas and insulting Americans or apologizing for our country’s alleged sins, his is committing acts that, in another day and time, would have been considered aiding and abetting one of our enemies.

Treason, in other words.

As reported by Circa, the Obama administration has funneled a total of $1.7 billion in cash via banks in Switzerland to Iran about the same time that American hostages being held there were released. That’s about four times the amount of $400 million that had previously been reported (and was bad enough in and of itself).

The disclosure to Congress was delivered by officials from State, Defense and Treasury, the report said, during a private briefing to congressional staffers who believed they were attending the meeting in order to learn more about the $400 million in payments reported earlier.

One source that is intimately familiar with the briefing, speaking on condition of anonymity, said the money was transferred to Swiss banks on three separate occasions: Jan. 17, Jan. 19, and Jan. 22. While the administration has denied that the payments were “ransom” for securing the release of the American hostages – official U.S. policy has always been to never do that – the money transfers and payments coincided with the release of the Americans, which included a reporter from the Washington Post.

The various officials who briefed congressional staffers indicated that the payments were all made in cash because after years of Western sanctions, Iran was in desperate need of foreign currency, one source told Circa.

“They said the payments needed to be viewed in the political context. First the Iranian nuclear deal was going through, second the Iranian economy was in a difficult state and third the Iranians were in need of foreign currency,” said one source. When asked to say who requested the money, none of the officials who gave the briefing could remember, one source said.

Initially, Circa noted, the White House denied that the $400 million reportedly paid earlier this year was in any way related to the release of hostages – even though a plane delivered the money the same day that the hostages were released, and in spite of the  overall shady nature of the deal. But as several lawmakers and others in the media pressured the administration for a better explanation, the State Department reversed course in August and admitted the payment was strategically timed as leverage to ensure the hostages would be released.

The administration has claimed that the payments – $400 million and an additional $1.3 million as “interest” – were made to compensate Iran for a weapons deal that went south after Islamic extremists took control over the country in 1979 and exiled the U.S.-backed shah. Obama has said that the money represents a “deal” for America, because a tribunal in The Hague is likely to rule (at some point) in favor of giving much more compensation to Iran than $1.7 billion.

But the U.S. likely would never have been liable for that money because the weapons deal was made with a regime that was considered an ally before it ceased to exist altogether. After Iran was taken over by Islamic extremists, it has never been an ally. In fact, in 1979 after the revolution, Iranian students and militants took U.S. embassy staffers and others hostage, holding them for more than 400 days.

What Obama, then-Secretary of State Hillary Clinton and her replacement, former U.S. Sen. John Kerry did, was violate U.S. law and longstanding policy.

Once upon a time if American leaders had paid a large ransom to a sworn enemy, it would have been considered treasonous and an impeachable offense. No longer, apparently.