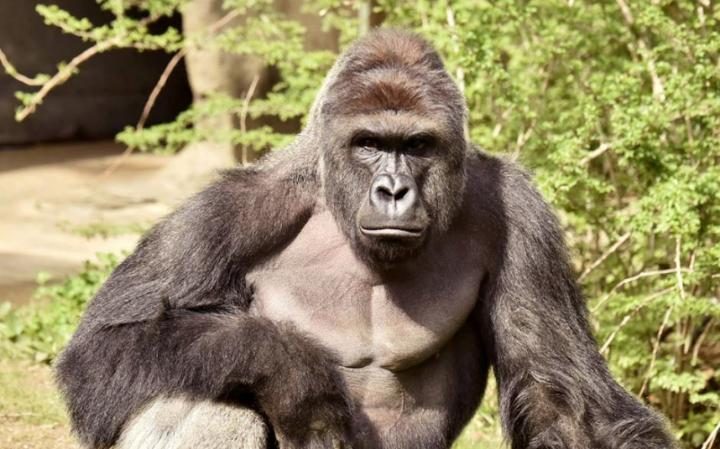 Shortly after Harambe the gorilla was shot and killed in order to save the young boy that stumbled into his cage, slacktivists across the world latched onto the situation, pretending to be genuinely heartbroken over the primate’s death.

In an attempt to poke fun at the perennially-offended Regressive Left, internet pranksters began to make memes and jokes about Harambe. While these folks were satirically treating the gorilla as a pseudo-savior in order to draw attention to the ridiculousness of the politically correct crybabies that were treating the situation as a world-ending event, it quickly became more than that.

As the jokes grew more and more popular on social networking sites like Twitter and Reddit, the professional victims became more determined to end them. Their unhealthy mindset led to resident advisors at the University of Massachusetts labeling jokes regarding Harambe as micro-aggressions.

In an email sent to incoming freshmen, the RAs declared, “We understand that social media has been popularizing Harambe in some crude ways, which may appear to be funny to groups of people. However, these comments are not only derogatory, but also micro-aggressions to some UMass students.”

They went on to explain that the jokes could be perceived as being racist towards members of the African-American student body. How the “progressive” students came to this conclusion appears to be racist in and of itself. If the first thing that comes to mind when you see a gorilla is the black community, then you’re the racist.

Of course, hypocrisy is nothing new when it comes to the outrage expressed by social justice warriors in this day and age, so there’s no doubt that they can’t see the absolutely inappropriate nature of their behavior.

Since the Regressive Left is notoriously oversensitive, it’s no surprise that they didn’t take kindly to being the butt of the internet community’s jokes. And in true regressive fashion, they turned the innocuous jokes into “racist micro-aggressions.” That’s what they always do in these kinds of situations.

Whenever a logical person with a sense of humor points out how absolutely foolish and hypocritical liberals are, their army of social justice warriors create a scorched earth campaign in order to demonize them as intolerant, racist bigots. These humorless idiots just can’t stand to see anyone having fun — especially not at their expense — so they try to paint them as being evil monsters.