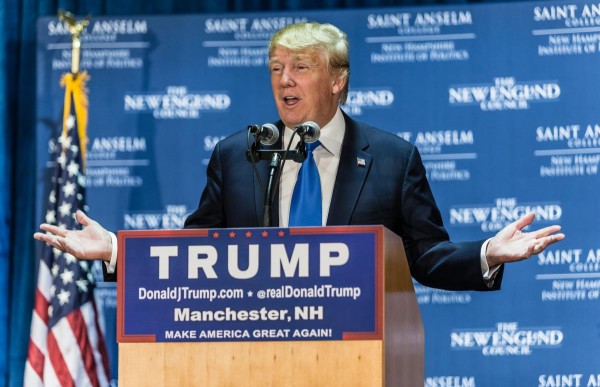 Back in August 2005, shortly after Hurricane Katrina visited once-in-a-lifetime damage on the city of New Orleans, President George W. Bush was lambasted by the mainstream media and Left-wing activists for flying over the area in Air Force One to survey the damage. It was a “huge mistake,” he would later say, adding that he should have physically been on the ground instead.

Last week, another major storm caused new flooding and damage in Louisiana, in which tens of thousands of Americans were displaced. And there were two people and one thing missing: President Barack Obama, Democratic presidential nominee Hillary Clinton and outrage from the mainstream media. The hypocrisy and bias just do not get any plainer than that.

For his part, Obama couldn’t be bothered because he was on vacation and playing a round of golf. Bush was on vacation when Katrina struck but returned to Washington, D.C. two days later to coordinate a response. Obama never did return from vacation; he stayed in Martha’s Vineyard, where he was surrounded by the wealthy “rich” he so often pretends to condemn. Oh, but he did take time off to attend a fundraiser for Clinton.

As for the Democratic presidential nominee, well, she literally just phoned in her response. It wasn’t appropriate for her to show up, she claimed, because she would be a distraction. That’s pretty high-minded thinking of oneself, especially when one is only a presidential candidate and not an actual president.

But, despite Obama’s characteristic aloofness and refusal to do the things that need to be done, even if for the sake of theatrics, one presidential contender did show up, was not a distraction and was roundly thanked by many who saw him: Republican presidential nominee, Donald J. Trump.

What’s more, as noted by Hot Air, even one of the Democratic Party’s leading U.S. senators, Mary Landrieu of Louisiana, thanked Trump for showing up because, as she said, his visit helped bring attention to the state as it struggled with its latest disaster.

There’s another point to make about Queen Hillary and her faux concern for “the little people” affected by the flooding: She was silent for days about the plight of storm-hammered Louisianans, until Trump and his vice presidential pick, Mike Pence, made the trip there to visit those affected and help dish out supplies.

Clinton (and Obama) can’t be bothered about what’s happening in the Bayou State, but they sure expected more from Bush when Katrina struck. In 2005, Obama (after returning from New Orleans, by the way) castigated Bush and his government’s “unconscionable ineptitude” regarding disaster response. So, Senator Obama could go (for the optics), but President Obama could not.

As for Hillary, she also used the disaster to further her political ambitions by criticizing Bush. “There was nobody in charge in the federal government, and there was nobody willing to take responsibility to work with state and local officials to make sure they were prepared,” she said at the time.

None of that was true, of course, but the lesson here is this: Unless or until there is a political advantage to doing so, Obama and Clinton won’t lift a finger to really help ordinary Americans when they need it. Trump, by comparison, uses such incidents to demonstrate just what it means to be a president who shows both compassion and leadership.