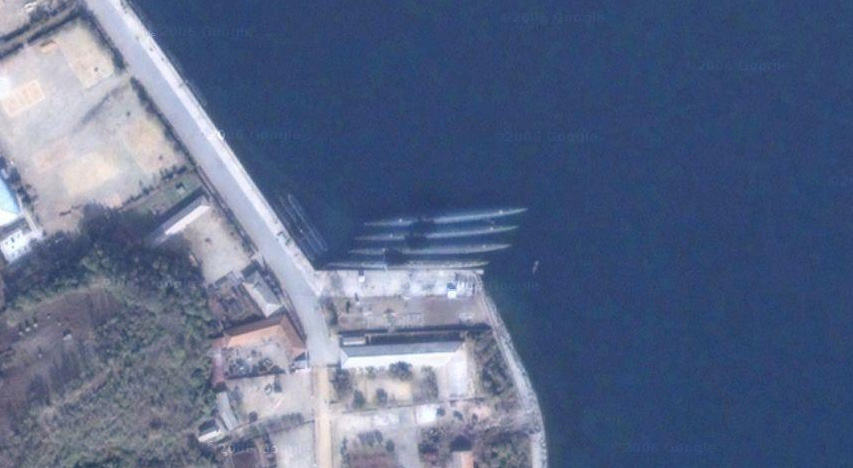 (NationalSecurity.news) A U.S.-based think tank says the hermit regime of North Korea is putting “serious resources’ into remaking and upgrading a principle navy base.

According to a report at the “38 North” blog, which is maintained by the U.S.-Korea Institute, Pyongyang is making “aggressive efforts” to upgrade the Monchon Naval Base at Wonsan, the country’s primary naval facility.

The base, which sits astride of the Sea of Japan, has become a major focus of North Korean military spending. Pyongyang hopes to improve conventional weapons, training facilities, special operations capabilities and new ship support infrastructure, The Daily Caller reported.

The base has been neglected for years but beginning in 2014 Pyongyang began pouring more money into it, with new work continuing, according to satellite images.

There are 16 operational units at Munchon. Among them is Unit 155, which has been working on developing a single NONGO-Class missile armed patrol boat, utilized during a Feb. 6, 2015, test of the K-35 anti-ship cruise missile.

Facilities for the Korean People’s Navy, or KPN, sniper brigade, Unit 291, are also being upgraded, according to reports. Eventually all five sniper battalions for the East Sea Fleet will be stationed at Munchon, along with between 68 and 84 Kongbang II/III-class hovercraft, The DC reported, citing the institute.

The primary mission for the KPN is coastal defense, the institute noted. “Its secondary missions include supporting special operations forces and Korean People’s Army (KPA) wartime operations,” it said.

A satellite image published by the institute also shows a new railway bridge connecting portions of the base under construction. Additional satellite photos show various patrol and other naval craft berthed in port; another shows new housing and maintenance/repair facilities.

Among the new construction, the institute said, were new, hardened facilities for hovercraft, housing and administration buildings, support and maintenance facilities, and the construction of approximately 2 km of dock and launching ramp frontage.

The institute, in its analysis, said that during the construction process, the base’s hovercraft have been relocated to other facilities, some of them underground.

Besides smaller naval ships, North Korea is also estimated to have 70 submarines, though no modern vessels.

It’s unclear why the impoverished nation would spend scarce resources on upgrading a naval base, unless it would be in anticipation of upgrading naval forces in general. The DC noted that the improved base would give the North an increased ability to launch an amphibious assault on South Korea.

“I call on you to maintain a robust posture to retaliate,” South Korean President Park Geun-hye told her senior military advisers last week, in response to recent North Korean military activities. “Make sure that any attempt by the North at engaging in any form of provocation will lead to the self-destruction of the North Korean regime.”

The U.S. has 28,000 troops stationed in South Korea. Both nations are finishing up two weeks’ worth of annual training, a military exercise known as Ulchi Freedom Guardian.