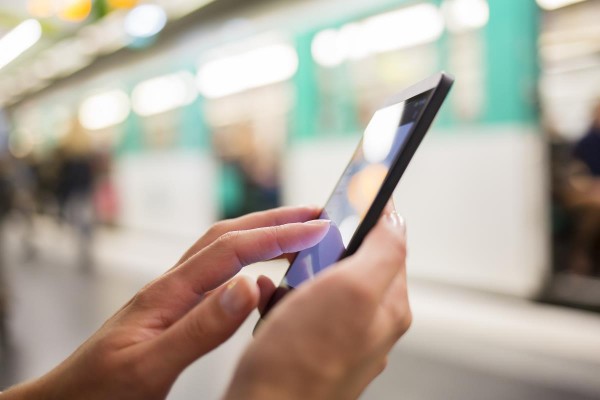 Concerns over EMFs, or electromagnetic fields, continue to grow. Electromagnetic fields are also often referred to as their more-correct name, “electromagnetic radiation.” While all of your cellphones, smart meters and other devices that rely on cell towers and WiFi networks may seem totally safe (and super convenient!), the truth is that they come at a cost to your health.

EMF has been linked to cancer, Alzheimer’s disease, multiple sclerosis, chronic fatigue, miscarriages and many other devastating diseases and health conditions. The ever-growing amount of exposure to electromagnetic fields is also part of what is so concerning — these fields of radiation are nearly impossible to avoid. Worse still, children are even more susceptible to the negative effects of EMF.

The French agency ANSES, which stands for Administración Nacional de la Seguridad Social, is a governmental agency that deals with a variety of health issues, such as food and environmental and occupational safety. The agency, which was formed in 2010, has recently released a report entitled, “Exposure of children to radiofrequencies: a call for moderate and supervised use of wireless technologies.” Their appraisal outlines several risk factors and notes that the WHO’s International Agency for Research on Cancer recently concluded that exposure to radiofrequencies, such as heavy cellphone usage, is probably carcinogenic. However, writer Catherine Frompovich from Activist Post notes, “[T]here doesn’t seem to be a specified plan to address scientifically the issues of cancer-causing potentialities regarding EMFs emitted from wireless communication devices and SARs, which impact not only children but everyone, including animals and vegetation.”

Instead, the agency talks about “possible effects on cognitive function and well being.” The agency does recommend that radio devices, especially those intended for children, be subject to the same regulations as those governing cellphones. ANSES also suggests that EMF exposure limits be enforced regardless of the type of device being used.

EMFs are extremely dangerous, even if government agencies and citizens are hesitant to admit it. Natural News reports that that several devices you most likely have in your home easily produce enough radiation to cause harm. For example, microwaves, computers and cellphones can cause poor concentration, memory loss, dizziness, insomnia, headaches and many other conditions.

So  what can you do to protect yourself, and especially your children? The first step is to unplug more often. Make sure your children aren’t spending every hour of the day attached to a cellphone, tablet, or other device hooked up to the internet. Smart meters, cellphones and tablets are all things that can lead to EMF damage that should be avoided as often as possible, really. Instead of spending hours glued to a screen, encourage them to go outside and play, read a book, or pick up a hobby.

A variety of nutrients can also help to protect the body against the harmful effects of exposure to EMF. Some great examples are vitamin D3, iodine, B vitamins, zinc, selenium and omega-3 fatty acids. Consuming foods with a high oxygen radical absorbance capacity is also important. Artichokes, cranberries, red beans, pecans, asparagus, blueberries and broccoli are all excellent choices.

By limiting exposure to EMFs and consuming foods that help to protect against damage, you can decrease the risk of harm associated with these devices.