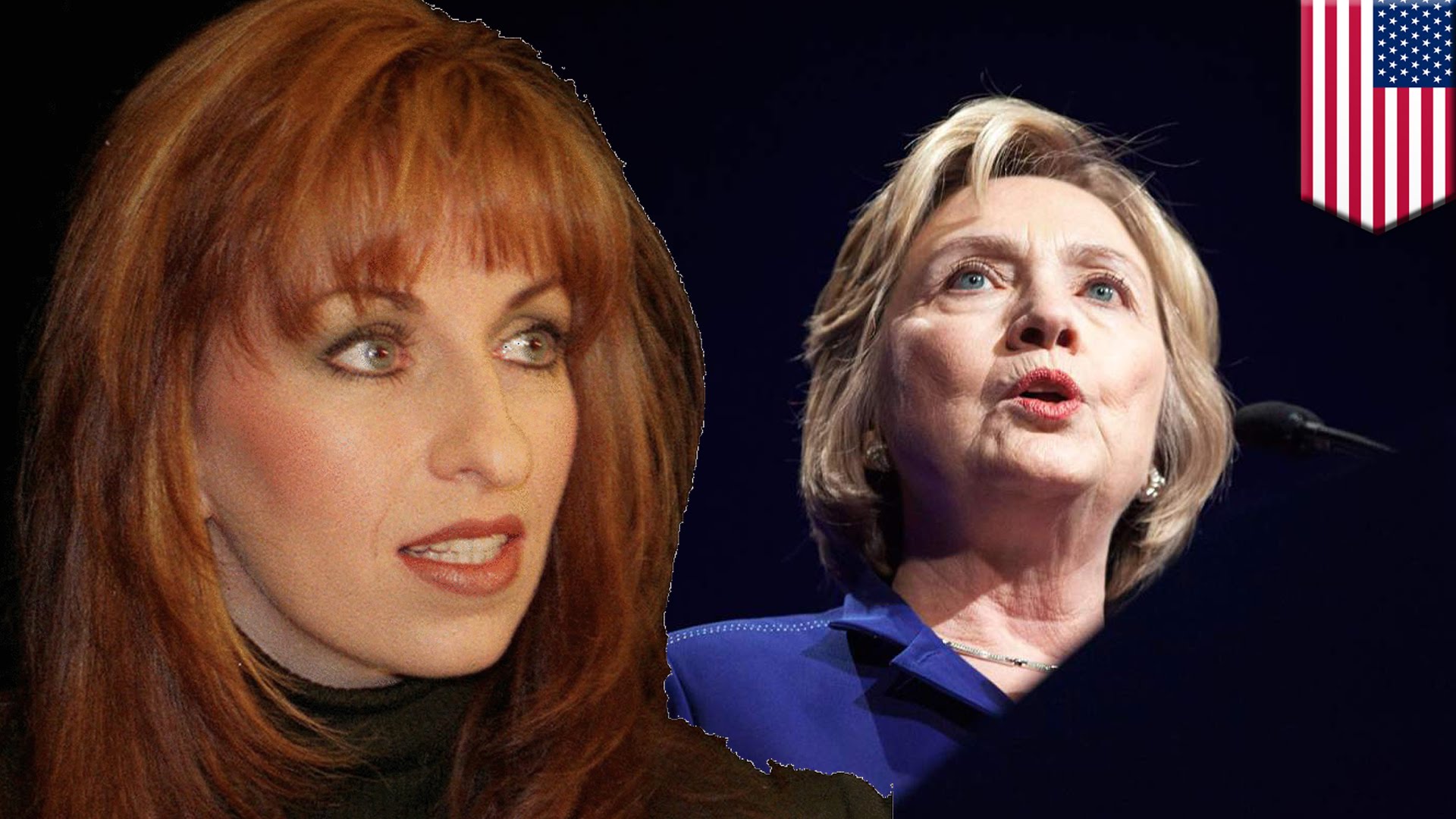 Kathleen Willey and Paula Jones, both of whom have accused Bill Clinton of sexual assault, are standing up for Clinton rape accuser Juanita Broaddrick.

Willey and Jones are demanding that NBC News Anchor Andrea Mitchell issue a public apology for baselessly calling Broaddrick “discredited” during a segment that aired May 19 on the highly-rated Today Show.

Following a letter from Broaddrick’s attorney demanding a retraction, NBC deleted the “discredited” referenced from the Internet version of Mitchell’s report. But NBC has not fulfilled Broaddrick’s request, which she says was communicated in the letter, for an apology from Mitchell on the Today Show, as well as an acknowledgement on the show and on NBC’s website that there is no information indicating that Broaddrick’s story is untrue.

In interviews with this reporter, Willey and Jones both had strong words for Mitchell and her claim against Broaddrick. Willey called for Mitchell to resign, while Jones exclaimed, “How would she explain not supporting all rape victims, regardless of her politics, to her granddaughters?”

Willey stated: “Andrea absolutely should apologize. Then she should resign. She never was anything but a JV ‘journalist’ when she was in her prime. What has she contributed lately besides groveling at the altar of Hillary Clinton? She should be ashamed of herself.”

Jones demanded: “Andrea Mitchell should absolutely apologize to Juanita publicly and in the same way that she discredited her. She should be ashamed of herself. How would she explain not supporting all rape victims, regardless of her politics, to her granddaughters? I feel that Juanita also deserves to know why or who changed her opinion. … It needs to be explained.”

Earlier this month, Breitbart News reported that without any public acknowledgement and following the letter on behalf of Broaddrick, NBC edited the Internet edition of Mitchell’s segment in which the anchor claimed Broaddrick’s rape accusation had been “discredited.”

Following publicity of its edit, NBC News posted on the webpage that hosts the video the following qualifier:

Editor’s Note: In the original version of this report, we referred to Ms. Broaddrick’s allegations as “discredited.” While questions have been raised about her account, upon review, on May 19, we removed that word.

Regarding the NBC action, Broaddrick told me earlier this month during a radio interview, “NBC has always protected him. And Hillary.”

She continued: “And I don’t think it is ever going to change. I don’t understand it. I think it’s wrong. But there’s really nothing at this point that I could do about it. I’m just glad, Aaron, that they did at least take out ‘discredited’ from their report and made the caption that they had taken it out. Of course, your article is what forced that.”

Instead of fulfilling Broaddrick’s request for a public apology, a staffer from NBC informed Broaddrick’s attorney and son, Kevin L. Hickey, that the “discredited” statement had been removed, Broaddrick and Hickey said.

“It is incredibly disappointing that NBC and Andrea Mitchell will not publicly apologize for this egregious error, especially considering that NBC has retroactively edited the online version of the story and taken out the word ‘discredited,’” Hickey told Breitbart News.

“My mom’s credibility was just fine for Lisa Myers and NBC when the story was initially aired. Nothing has changed. Yet NBC apparently thinks it is okay to disparage a victim like this and then do nothing to rectify the situation.”

During the “Today Show” segment in question, which aired live on May 19, Mitchell wasreporting on an interview with Fox News host Sean Hannity in which Donald Trump utilized the word “rape” while discussing accusations against Bill Clinton regarding women.

In the initial segment, which can be seen below, Mitchell stated: “Donald Trump using that word unprompted, during an interview last night with Fox News’ Sean Hannity. Bringing up a discredited and long-denied accusation against former president Bill Clinton, dating back to 1978 when he was Arkansas Attorney General.”

The scrubbed segment on NBC’s website, seen below, has Mitchell omitting the word “discredited.” She now says: “Donald Trump using that word unprompted, during an interview last night with Fox News’ Sean Hannity. Bringing up (sic) long-denied accusation against former president Bill Clinton, dating back to 1978 when he was Arkansas Attorney General.”

Neither Mitchell nor the network provided any documentation or evidence to back up the “discredited” claim. As critics pointed out in response to Mitchell’s claim, Broaddrick’s accusation has not been discredited.

NBC itself vetted Broaddrick’s story when she originally broke her silence by speaking to the network’s show Dateline in 1999.

The network also caught up with Norma Rodgers, Broaddrick’s friend and employee, who confirmed Broaddrick’s story of how Norma found Broaddrick in her hotel room in the immediate aftermath of the incident with a badly swollen lip and mouth and that Broaddrick’s pantyhose had been ripped off. Broaddrick had stated that Clinton bit her on the lip during the alleged rape, which she said transpired in 1978 at her room in a Little Rock hotel.

NBC’s Lisa Myers, who conducted the 1999 interview with Broaddrick for the network,stated in a 2014 interview that “[N]othing has come up since that story was reported that in any way undercuts what Juanita Broaddrick said.” Myers has since retired from the network.

NBC has a history of minimizing Broaddrick’s rape story.

In January, Broaddrick said that NBC’s Mitchell told her by phone that the network would not conduct a new interview with Broaddrick “because you have nothing new to add” since Broaddrick first went public in an NBC interview in 1999.

An NBC News spokesperson confirmed to BuzzFeed in January that the network pursued an interview with the rape accuser but decided against running a story after purportedly establishing that there was nothing new.

“When Juanita Broaddrick went public last week, NBC News sent an associate producer to Arkansas to see if there was anything new in her story. We established there was not, and decided not to pursue it any further,” the spokesperson said at the time.

NBC seems to be overlooking a series of new revelations from Broaddrick, including:

Broaddrick says Bill Clinton repeatedly called her after the alleged rape.
Broaddrick says that Hillary Clinton tried to silence her.
Broaddrick told me that Clinton raped her not once but twice during the same infamous encounter in 1978.

After filming the 1999 interview, NBC waited 35 days until finally airing the exclusive. The timeline is critical. The Senate voted to acquit Clinton in the impeachment case on Feb. 12. NBC’s interview, conducted January 20, 1999, did not run until Feb. 24, and the network placed it opposite the highly-rated Grammy Awards.

Some have questioned NBC’s motivation in waiting to air Broaddrick’s charge of rape. “The 35-day interval between tape and air is now one of the legends of the impeachment process. Why didn’t the American public get to hear Mrs. Broaddrick before the Senate voted to acquit Mr. Clinton on Feb. 12?” wrote Philip Weiss in the Observer in 1999.

Speaking in 1999, NBC News vice president Bill Wheatley vehemently denied the network deliberately held the interview until after the Senate vote. He said NBC took the normal period of time for properly vetting stories. “There was no pressure from the White House, period. Nor as some were claiming was there any pressure from NBC or G.E. corporate higher-ups to kill the story,” said Wheatley.