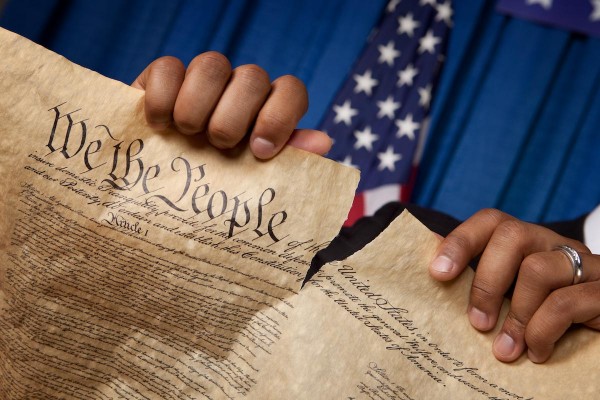 If you don’t believe that the United States government is growing closer and closer to complete and total tyranny, this bit of news will hopefully change your mind.

Three years ago, Natural News reported on a German family that was fined $10,000 and had their children forcibly removed from their home. What kind of terrible crime did the parents, Uwe and Hannelore Romeike, commit? The crime of Homeschooling.

That’s right; the Romeike family was fined $10,000 and lost their five children because they had chosen to homeschool them. You see, the Romeikes felt that the public school system was undermining their religious beliefs, and so began to homeschool their children in 2006. Though it was illegal, do you think that such an extreme punishment was really necessary?

After getting their children back, the Romeikes relocated to the United States, and were granted asylum upon their arrival in Tennessee. A federal judge felt that the family had reasonable fear of persecution for their personal beliefs, and expressed disapproval of the German policy. All was well and good for the Romeike family, until the Obama administration got involved.

At the time, the Attorney General Eric Holder publicly denounced the original federal court ruling, and instead supported the rather oppressive policy enforced by the German government. Holder actually pleaded that this family instead be denied their asylum.

Wait a minute. Wasn’t the United States largely created by people who were escaping persecution for their beliefs? Or is that not important anymore?

As Natural News reported, Eric Holder believed that governments actually have the right to use their authority and power to dictate parental compliance with government-sanctioned schools. A nation that was once a shining beacon of liberty has now become a dull reminder of what once was, and now is not.

The German government’s policy essentially states that while parents have a natural right to the upbringing of their children, it is the government’s job to “oversee” them fulfill this right. The law also states that, “The entire school system shall be under the supervision of the state.”

Here in America we have the Fourteenth Amendment, which secures homeschooling as a fundamental liberty and parental right. The Constitution also gives individual states the ability to regulate homeschooling in their own way.

Is this fundamental right under attack too? The previous Attorney General’s call to revoke the Romeike family’s already-granted asylum surely tells all. The government doesn’t care about your rights or your freedom; it only cares about your compliance.

The new Attorney General Loretta Lynch is only continuing the legacy of taking rights away from the American people. What is next?