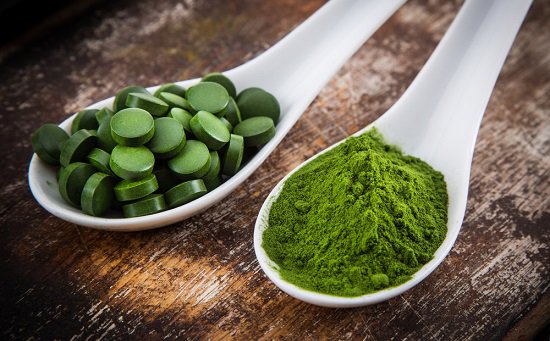 Spirulina is a single-celled, blue-green algae that is grown from fresh bodies of water. It is quite similar to chlorella and offers a myriad of health benefits. There are two primary differences between spirulina and chlorella. Spirulina is many thousands of years older than chlorella, and does not possess a hard cell wall. The cell wall found in chlorella actually makes it more like a plant-type species rather than an algae. Studies have found that spirulina is capable of treating a number of different ailments. A recent study has also confirmed that spirulina could help to treat patients suffering with pancreatic cancer.

The study, published in 2014 by the journal Annals of Hepatology found that spirulina contains bioactive compounds that can actually treat what many consider to be one of the most aggressive forms of cancer.

Czech researchers became interested in examining the potential effects of spirulina when they discovered in contained high levels of nutrients similar to the cancer-fighting antioxidant bilirubin, known as tetrapyrrholic compounds. They decided to test the compounds, specifically chlorophyllin and phycocyanabilin, on both human pancreatic cancer cells and mice suffering from pancreatic cancer. All of the test subjects were either treated with one of the isolated compounds or whole spirulina. The researchers also monitored a control group which was made up of a group of completely untreated cells.

The results of the study were incredibly impressive. All of the cells treated with spirulina — or one of its isolated compounds — fared far better than the untreated control group and showcased substantial inhibition of cancer cell proliferation. Of the three treatments, those with phyocyanabilin seemed to provide the greatest benefit. The researchers wrote in their concluding statements, “In conclusion, [spirulina] and its tetrapyrrolic components substantially decreased the proliferation of experimental pancreatic cancer.” They also recommended spirulina as a dietary supplement for its cancer-preventing potential.

When choosing a spirulina supplement, it is imperative that you choose a good product from a reputable source. Spirulina, chlorella and other algae-based superfoods are essentially sponges — they grow in the water and absorb whatever is in it. This makes it very important to carefully select a product. Algae products grown in toxic wastelands are likely going to contain the very same toxins and heavy metals found in their environments, even if they are grown under organic standards. For this reason, it is generally best to purchase an organic product grown in the United States or Europe.