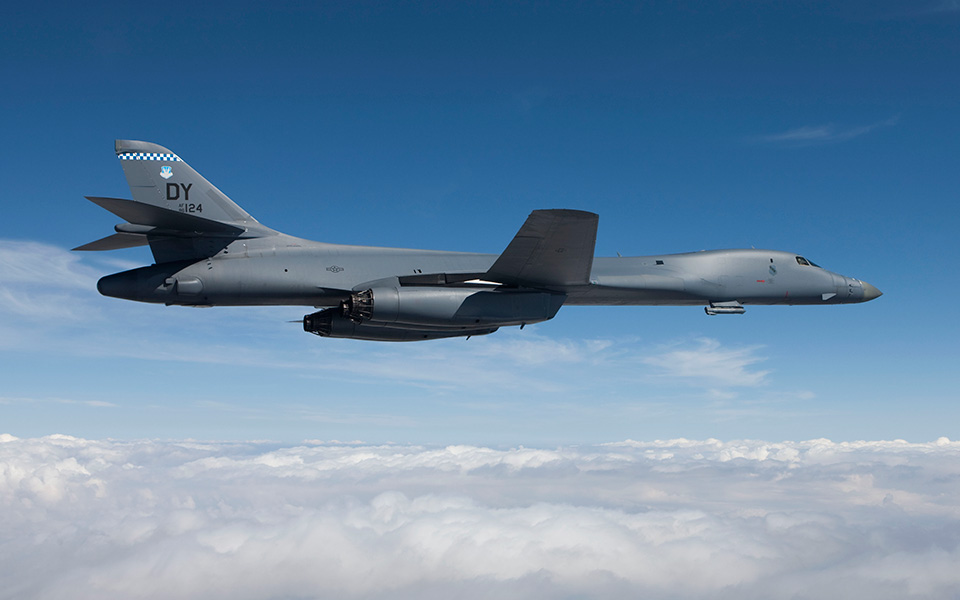 (NationalSecurity.news) The Chinese government may wish to ignore a recent international tribunal ruling that its outsized claims on the South China Sea are illegal, but the U.S. military isn’t. In fact, the Obama administration appears to be doubling down on ensuring that China and other belligerents in the region get the message that freedom of navigation in one of the world’s busiest, most lucrative waterways will remain intact.

To that end, the Pentagon is sending B-1B Lancer bombers with thousands of hours of combat flight experience to Guam, to bolster the U.S. military presence, CNN reports. The U.S. Navy has already deployed additional assets.

The Lancers are part of the 34th Expeditionary Bomb Squadron, whose planes have dropped more than 2,000 “smart bombs” during 630 missions over Syria, Iraq and Afghanistan, from January to July 2015, said officials at Andersen Air Force Base on Guam.

“The B-1 units bring a unique perspective and years of repeated combat and operational experience from the Central Command theater to the Pacific,” said a statement from Pacific Air Forces headquarters in Hawaii.

Guam is a U.S. possession in the western Pacific. It is located about 1,550 miles east of the Philippines.

“With a large weapon capacity and exceptional standoff strike capability, the B-1 will provide U.S. Pacific Command and its regional allies and partners with a credible, strategic power projection platform,” the statement said.

B-1Bs, which can achieve a top speed of 900 mph, have the largest bomb payload of any U.S. bomber. And they are being deployed at a time when tensions are running high in the South China Sea, thanks to Beijing’s militarization of manmade islands thousands of miles outside its 200-mile exclusive economic zone. China claims all of the South China Sea as its territory.

But there are additional threats to stability in the region as well. North Korea has been conducting a series of missile tests, the most recent of which saw one medium-range missile splash down in Japanese territorial waters. In response to a North Korean nuclear test, the Obama administration ordered a pair of B-52 bombers to make flights over South Korea as a message that Washington fully supports Seoul as an ally.

“This was a demonstration of the ironclad U.S. commitment to our allies in South Korea, in Japan, and to the defense of the American homeland,” the head of U.S. Pacific Command, Adm. Harry B. Harris Jr., said at the time.

The bombers will be stationed on Guam indefinitely, Anderson AFB officials said.