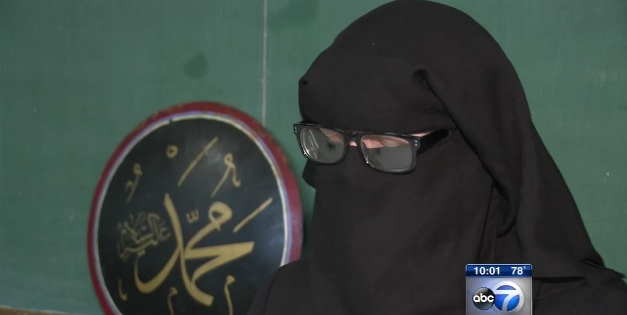 A 32-year-old Indiana woman named Sarah Muzdaher Safi was recently kicked out of a Family Dollar store in Gary after she refused to remove the Islamic garb that completely covered her identity.

Since she wore a niqab — a piece of traditional Muslim clothing — over her face, the manager of the store determined that Safi was a safety risk.

The store manager — who was surprisingly polite during the whole ordeal — claims that since the Family Dollar in question is located in a high-crime area and has a tendency to be robbed, a woman whose identity is covered by cloth, for whatever reason, puts them in danger. She was merely trying to protect herself and her store.

In the age of incessant pandering in regards to the “religious freedom” of Muslims, there’s inevitably going to be a horrific amount of backlash towards both the store manager and Family Dollar as an organization — but they acted completely logically here. You couldn’t walk into a store wearing a ski mask, so why is it acceptable to walk into a store wearing a identity concealer of a different kind?

At what point do religious freedoms infringe on basic human freedoms? If someone waltzed into a bank wearing a Halloween store mask, everyone would justifiably become a little more nervous. Why should other clothing items get a free pass in this regard just because they have some sort of religious value? It’s absurd.

There’s a big difference between being politically incorrect and being mean to someone. Sometimes you have to make politically incorrect decisions in order to protect yourself and fight for a safer, more peaceful world. We have to be honest with ourselves and each other instead of caving to a kind of political correctness that makes the entire world a more dangerous place.

Identifying things for what they truly are and not cowering to the influence of leftist rhetoric could save us all.