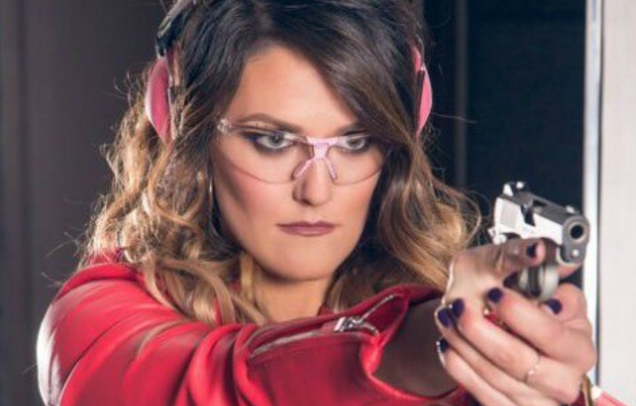 In an NRA commercial focused on the importance of being able to defend yourself, rape survivor Kimberly Corban warns women not be tricked into allowing Hillary Clinton to take away their right to self-defense.

Kimberly Corban was “terrified” by the thought of owning a handgun until a man broke into her apartment at the University of Northern Colorado on May 12, 2006. She was defenseless. He held her for two hours and “sexually assaulted” her. She told Fox Newsthat she lay there thinking, “This is how I’m going to die.” She said that lying there without a gun made her realize, “There was no way I could fight back.”

She emerged from that experience a proponent of concealed carry and the right to self-defense.

In her NRA ad, Corban said, “My fear of firearms disappeared when I got my second chance at life.” A female narrator then said, “Your right to own a gun for self-defense is at risk in this election. Hillary Clinton would take away your rights.”

Corban reappeared, saying, “Self-defense is your right. Don’t let it be taken away.”

“Now, we’re being told, ‘Trust Hillary. She is going to make sure that you are kept safe,’” said Corban. But reality, she asserted, teaches a completely different lesson. It teaches that the only person who can keep you safe is you, and having a firearm is part of doing that.