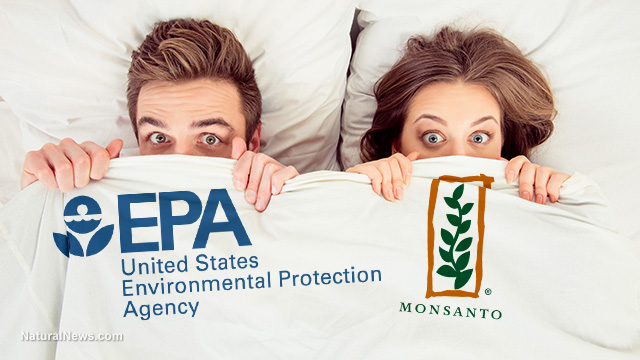 Is it really possible that the EPA – which is supposed to stand for Environmental Protection Agency, by the way – actually hid the truth about the toxicity of one of Monsanto’s top-selling herbicides?

According to researcher and consultant, Dr. Anthony Samsel, the answer would be an unequivocal yes. Dr. Samsel claims to have gained possession of EPA documents that reveal the cancer-causing effects of glyphosate. In fact, Samsel states that these documents contain information tying glyphosate to cancer beginning in the 1970s.

Glyphosate is the primary ingredient in Monsanto’s herbicide known as Roundup, which is an extremely popular product that is used across the world in the cultivation of GM crops. Dr. Samsel has been researching the effects of glyphosate for many years, though he notes that much of his work has not been taken seriously and often dismissed.

Along with fellow researcher, Dr. Stephanie Seneff, Dr. Samsel has authored several studies on the potentially negative effects of glyphosate use. Though their work was previously unrecognized, many who initially dismissed their research are now beginning to pay more attention.

The World Health Organization has recently declared glyphosate a “probable carcinogen,” but Samsel maintains that there is no doubt about the product’s ability to cause cancer. Dr. Samsel states that studies conducted by Biodynamics, located in New Jersey, between the years of 1978 and 1980, clearly showed that even low doses of glyphosate could induce tumor growth in internal organs. These same studies were submitted to the EPA in 1981.

Despite the fact that these studies provided substantial evidence of glyphosate’s toxicity, the agency merely labeled the studies as “not significant.”

The evidence suggesting that the EPA has known about the dangers of glyphosate has only continued to grow. Just last year, it was reported that the agency knew about the product’s carcinogenic capacity a whopping 35 years ago. According to Sustainable Pulse, several archived and accessible memos from the EPA during the early 1980s indicate that glyphosate causes harm, especially to the kidneys. Though these studies on rats were conducted before the adoption of international test guidelines and GLP standards, the results are still quite disturbing. Every test group in a three-generation study that was treated with glyphosate had a higher incidence of tubular dilation  than control subjects. Interstitial fibrosis was present in all of the treated groups of rats, as well. In 1981, the EPA refused to issue a NOEL (No observable adverse effect level) for glyphosate, and asked for more research. Naturally, Monsanto obliged their request and presented new evidence that minimized the harms associated with glyphosate in 1982 – at which point the EPA accepted the product as being unlikely to cause harm.

It is obvious that the EPA has known for a very long time that glyphosate is a cancer-causing toxin, and the mountain of evidence indicating the EPA’s corruption and lies will just continue to grow.