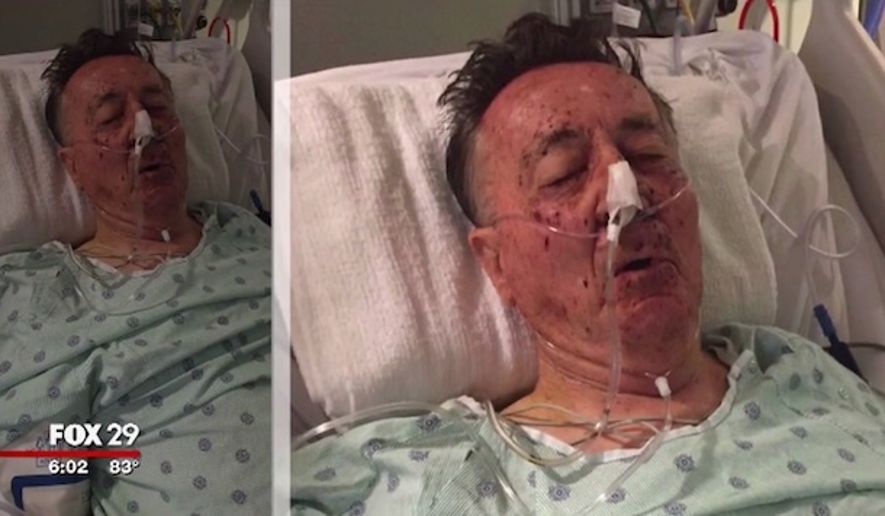 The police just can’t seem to avoid controversy these days. Whether it’s unjustly arresting people, using excessive force, or — in the case of 76-year-old Gerald Sykes — showing up to the wrong address, law enforcement has been slipping up frequently as of late. And the results are deadly.

Gerald Sykes was with his wife in their New Jersey home when police showed up to his house — the wrong address — while responding to a 911 call. The officers reportedly knocked on the front door, but Sykes and his wife didn’t hear, prompting the police to walk to the backdoor. Sykes, believing someone was trying to break into his home, grabbed his shotgun and went to the door. In the confusion, a firefight broke out, and Sykes was shot multiple times.

The event has been referred to as a “tragic mistake,” which seems like a bit of an understatement, given that a senior citizen is in critical condition as a result. Sykes clearly believed that he and his wife were in danger and was doing what he could to protect them both from invading forces. He was completely within his rights as an American citizen — and yet he was shot multiple times by law enforcement.

In 2016, owning a gun is an important part of survival as it’s an extremely dangerous time to be alive. More innocent people are murdered in cold blood every single day, so it’s not hard to understand why many Americans are looking towards the Second Amendment in order to protect themselves from potential dangers.

Sykes was legally exercising his right to bear arms and was shot for it — inside of his own home. That is an absolute travesty that should not go unnoticed.