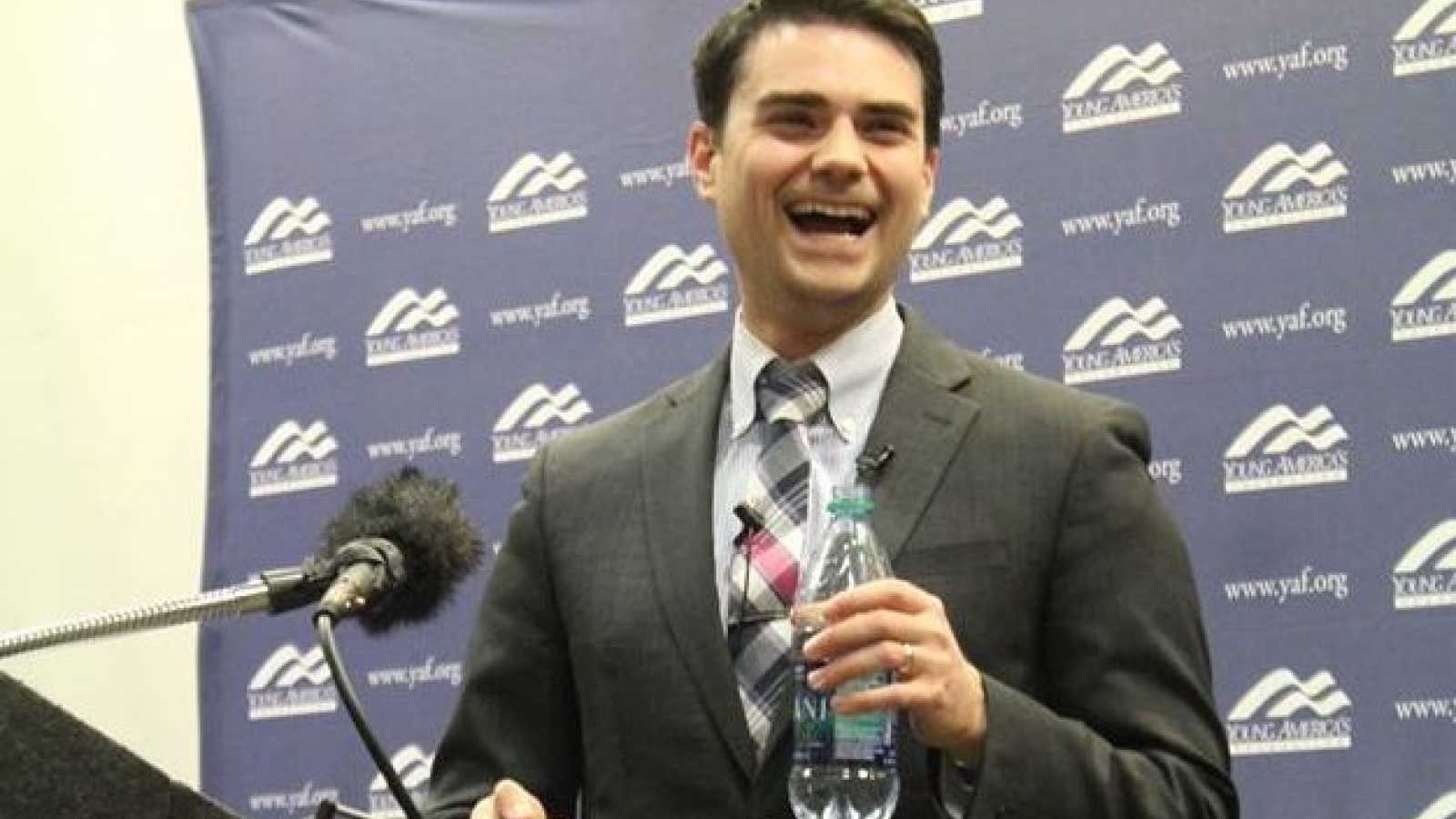 Another nail has been driven into the coffin of free speech as conservative journalist Ben Shapiro has been banned from speaking at the excruciatingly liberal DePaul University. The school authorities claim that their decision was made due to security concerns, presumably from the peaceful liberals… Right.

Even if that were the case, wouldn’t that mean that DePaul believes their liberal students plan on harming Shapiro? That isn’t very tolerant of them, now is it?

Of the ordeal, Shapiro stated, “It’s both pathetic and predictable that the University is happy to grant a veto on speakers to snowflake leftists so long as the leftists threaten violence. This is how free speech dies: when people in power cave to the bullies rather than standing up for basic rights.”

Why are these so-called tolerant liberals scared of the ideas of conservatives? If liberalism is such a brilliant, foolproof ideology then why are they worried that students will fall into conservatism after just one lecture from just one speaker? It seems as though they know that there are gaping holes in their system of beliefs and are willing to completely silence anyone who threatens to expose that.

It’s worth noting that Shapiro is one of the more reasonable and — some may even argue — moderate conservative speakers of his generation. He’s been critical of his own party in ways that liberals would likely agree and his “facts don’t care about your feelings” belief system is based on statistical truths as opposed to political theories. And the leftists are still trying to silence him.

After Breitbart editor and conservative provocateur Milo Yiannopoulos was banned by the university earlier this year, everyone knew that it was only a matter of time before they banned another right-leaning speaker. But Ben Shapiro seems like one of the most unlikely candidates. He isn’t particularly offensive.

This is a blatant decision to suppress conservative viewpoints in order to continue brainwashing liberals on campus. It’s madness, it’s dangerous and it has to come to an end for the survival of our country.