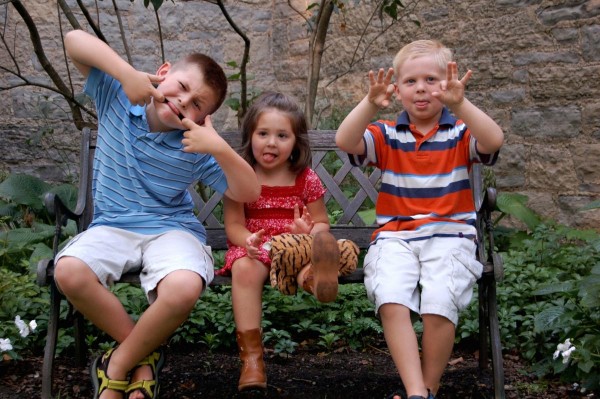 Getting kids to play outside is a concern virtually every modern parent has. After all, who wants to watch their children spend their lives glued to a TV set and a smart phone? A sedentary lifestyle is associated with many health risks, but unfortunately your favorite local park may not be a healthy choice either.

Many cities choose to keep their parks weed-free by applying hefty doses of herbicides like glyphosate. Thousands of gallons of these harmful poisons are sprayed onto the grass that children and pets love to play on. Many of these chemicals are linked to a variety of detrimental effects such as cancer, birth defects and neurological damage.

In New York City alone, local governments apply 100,000 pounds of herbicides to their green spaces each year. Natural News noted recently that a parks report revealed that workers applied herbicides 162,584 times in the year 2014. Doesn’t that seem like overkill?

The World Health Organization has already deemed glyphosate to be a potential carcinogen. Of course, Monsanto insists that this verdict is based on data that is “biased and inaccurate” – though this author is certain those words are more applicable to their own self-conducted studies. Regardless, scientists from the Agency for Toxic Substances and Disease Registry (ATSSDR) have conducted their own research, and the results are irrefutable.

The ATSDR data confirms that glyphosate is toxic and causes cancer. Specifically, the researchers found that parental exposure to the herbicide resulted in an increased risk of brain cancer forming in future offspring. Parents that were exposed to the chemical up to two years prior to the birth of their children had kids that were twice as likely to develop brain cancer.

The ATSDR is part of the United States Department of Health and Human Services that specifically deals with illnesses caused by toxic substances. In other words, this was a study conducted by the government, and even they managed to figure out that glyphosate is indeed toxic.

The researchers also found that it didn’t matter which parent was exposed to the glyphosate. Exposure in either parent in the two years prior to conception still resulted in the same fate: an increased likelihood of their child developing cancer.

Due to the widespread use of glyphosate-based herbicides, remaining unexposed to this toxin can be extremely difficult. However, keeping to an organic diet and keeping products that contain this toxin out of your home can greatly reduce the amount of glyphosate you are exposed to. Taking supplements to support your health and immune system can also help maintain your well being.