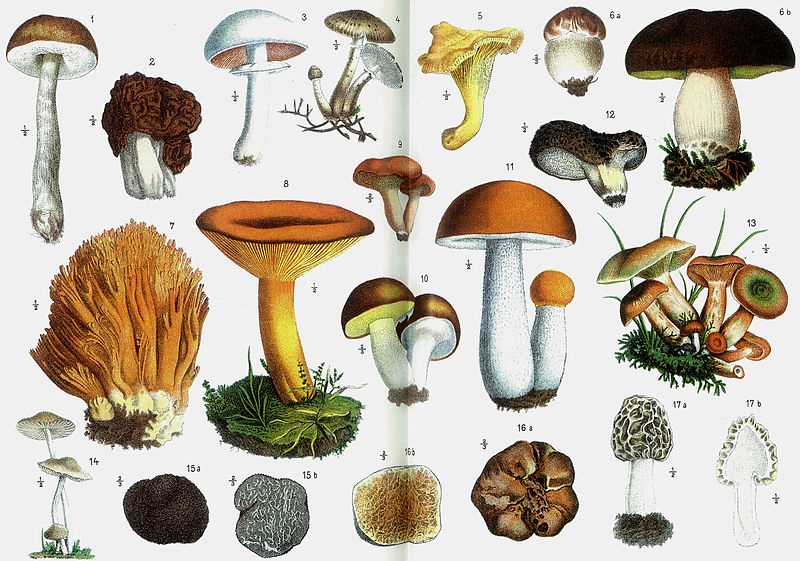 A very important, and often forgotten skill, is the ability to discover – and potentially survive from – the many edible foods found in forested and urban areas. Imagine the millions of self reliant folks who have gone before us, living off the land when there were no stores, not enough seeds to plant, or safety concerns required a fast escape and one’s emergency food storage was rendered inaccessible. As you begin to understand that foraging may become a necessity especially for urban survival, you can search out individuals in your community that are well versed in local mushroom foraging and other edible greenery. Classes are often available and numerous books have been written on the subject. Here are five critical facts for beginners who want to learn how to forage from Melissa Norris, a mother, author and longtime mushroom forager who writes at melissanorris.com.

1. As you are starting, only look and try foods you know are absolutely safe.

There are poisonous plants, so it’s imperative that you get a good book as a field guide and do some studying before heading out. Additionally,  personal advice from a well seasoned forager can’t be emphasized enough.

2. Choose a safe area to forage in.

While this should go without saying, it is best to avoid foraging from roadside or pesticide and herbicide sprayed fields. Wherever there may be chemical runoffs or other pollutants, those areas are to be avoided. And, if necessary, make sure you have permission to be on the property.

Being a good steward is key. Norris suggests not taking all of a morel mushroom, for example, and leaving part of the stem in the ground so spores can continue to propagate. Don’t leave any trash in your wake. And get permission from private property owners.

4. Learn how to prepare these edibles.

There may be some parts of plants, like wild rhubarb, where the leaves are inedible. Or mushrooms that should be cooked and not eaten raw. Each plant has a particular way to be prepared. This takes time to know and it’s an important skill to develop.

5. In the beginning, test small amounts.

Your digestive system might need time to adapt to these new foods, and you’ll want to rule out any potential allergic reactions. And, of course, never eat a plant unless you’re exactly sure what it is.

While there are many enlightened individuals who understand how to forage in grocery store aisles for organic and non-GMO foods, very few folks have taken the hours necessary to learn foraging techniques. Why? We have been perfectly spoiled by a food abundance. And even for folks pondering the idea of eating from the great outdoors, there are underlying fears about the dangers of foraging, including dying from poisonous plants that might just look exactly like the non poisonous one. Famed forager and author Samuel Thayer calls this the “Poison Plant Fable,” which he states was used in the movie “In The Wild,” a story of Chris McCandless’s search for truth in the backwoods of Alaska where he died, ostensibly from eating the wrong plant.  Thayer, who convincingly writes that McCandless death was from starvation and not a poisonous plant, says this disinformation is “ignorant fear mongering” and a  “disservice to everybody.”  Mr. Thayer has been foraging since he was a child. But for those who are just beginning, it is wise to be curious, and also cautious as you hone your foraging technique.