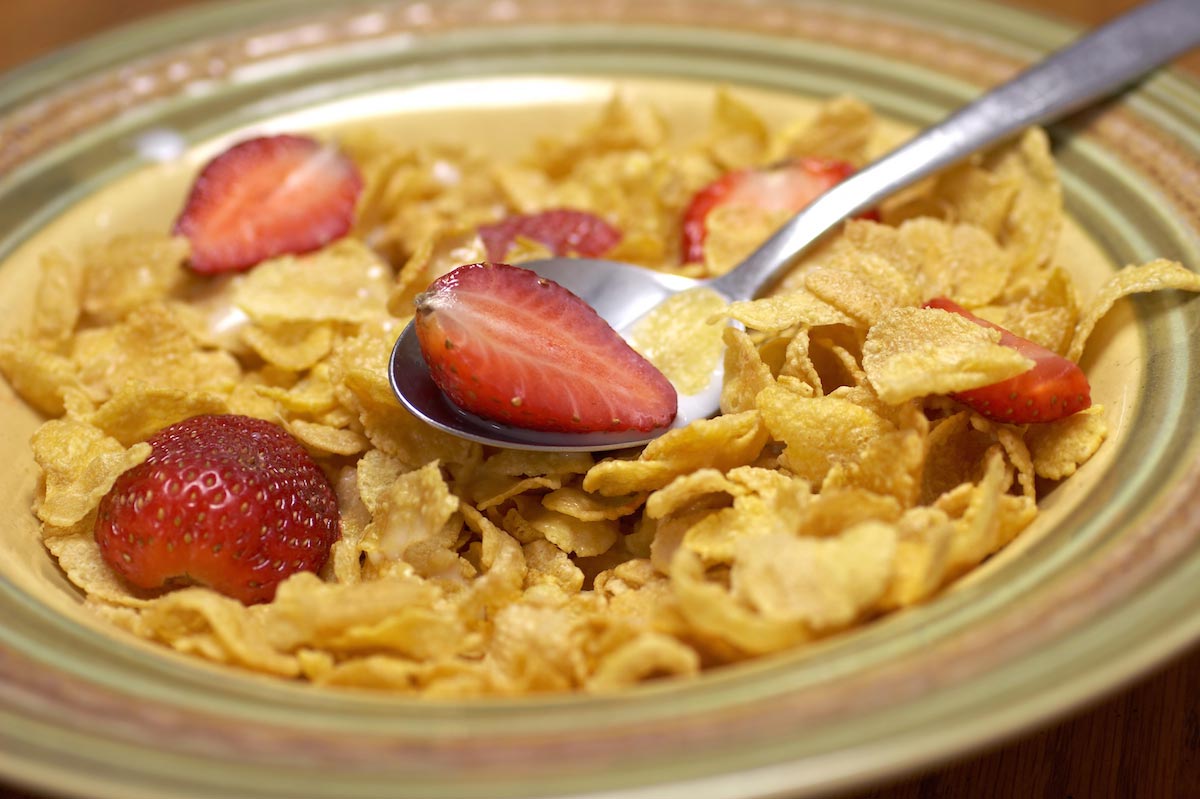 Thanks to Vermont’s intrepid group of anti-GMO educators and legislators, GMO labeling is a fact and will begin later this summer. Millions of awake Americans played a huge role by calling their senators to stop them from dismantling “The Dark Act.” Millions more who know nothing about the dangers of this technology purchased breakfast cereal loaded with GMOs for years. Some of these cereals said the word “natural,” of course. Five years ago, Cornucopia did a groundbreaking study on how many cereals were created by GE engineering.

The Health Ranger reports, “There is GE contamination in almost everything. Even ‘non-GMO’ food products almost always contain trace levels of GMOs (often between .01% and 0.5%). A test for the mere presence of GMOs is not considered conclusive. What’s important is the level of GMOs in a particular food item. Some of the ‘natural’ items tested by the Cornucopia Institute showed GMO contamination levels between 28 and 100%. . .

Some progress has been made in our demand for clean food. Nature’s Path is a great food company. They’ve never used GMOs to begin with.