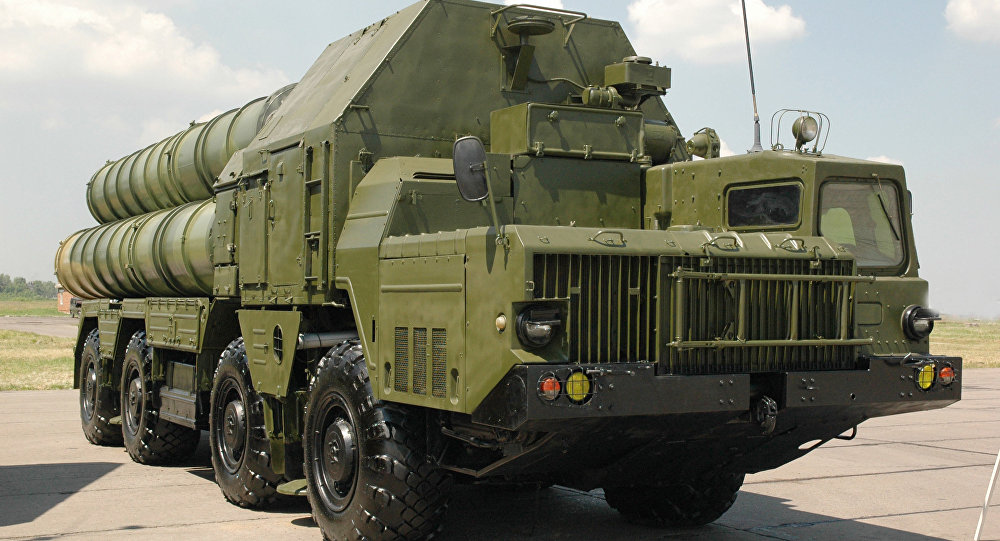 (NationalSecurity.news) The Russian government is set to sell Iran another batch of technologically advanced S-300 air defense missiles just as soon as Tehran can come up with the money, according to reports in Russian media.

“We delivered the first batch. … On our side, [the S-300 system parts] are, in fact, ready for shipment,” Alexander Fomin, director of Russia’s Federal Service for Military-Technical Cooperation, told Izvestia. “I hope that we will carry out the receipt and delivery of [the S-300 parts] with our partners soon. As soon as [Iran’s] financial obligations are fulfilled, the delivery will take place.”

The pending shipment is tied to a deal inked in 2007 between Russia and Iran for five S-300 systems, worth $800 million. Russia halted the sale in 2010 under pressure from the West, but President Vladimir Putin revived the agreement in 2015 after Iran signed a nuclear pact with world powers. Russia delivered the first shipment of S-300 components to Iran this spring, The Weekly Standard reported.

President Obama downplayed the sale, remarking that he was “surprised” that Putin’s self-imposed ban held for so long since Russia was “not prohibited by sanctions from selling these defensive weapons.”

However, the State Department said earlier this year that the S-300 sale “could” lead to U.S.-levied sanctions, while officials promised to “monitor” the agreement “closely.” However, the White House hasn’t sanctioned the sale though it has the legal authority to do so, and despite some criticism from Congress.

“The Iran-Iraq Arms Nonproliferation Act and the Iran Sanctions Act provide authority for you to sanction individuals or countries that you determine are aiding Iran’s efforts to acquire or develop ‘destabilizing numbers and types of advanced conventional weapons,'” Ohio congressman Steve Chabot wrote in a May letter to the White House. “Iran’s acquisition of these systems would embolden Tehran to adopt a more threatening regional posture and to pursue offensive activities detrimental to regional stability.”

Russian foreign minister Sergei Lavrov has counterd that the missile system was defensive in nature in an attempt to quell fears about the agreement’s ramifications.

“The S-300 is exclusively a defensive weapon, which can’t serve offensive purposes and will not jeopardize the security of any country, including, of course, Israel,” Lavrov told Russian media last year.

Israeli Prime Minister Benjamin Netanyahu told Putin during a meeting in April that the sale of the missile defense systems to Iran undermined stability in the region.

“The sale of advanced weapons to Iran is the result of the dangerous agreement that is emerging between Iran and the [six world] powers,” Netanyahu said. “After this arms deal [for the S-300], is there anyone who can seriously claim that the [framework] agreement with Iran will increase the security in the Middle East?”