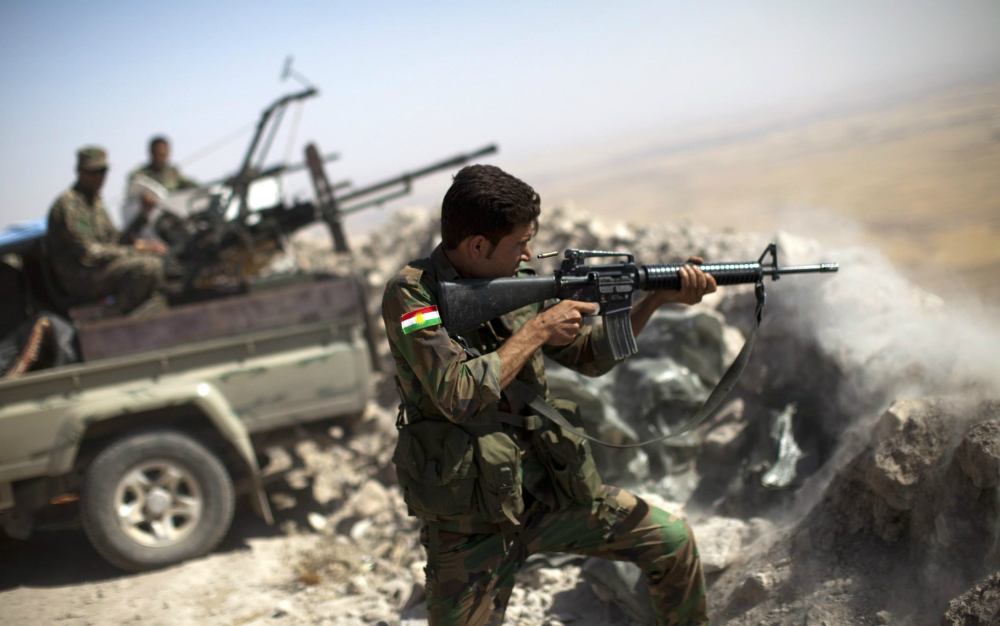 (NationalSecurity.news) Citizens of Baghdad are mourning the loss of more than 200 people, including many women and children, killed in a vehicle bombing of families breaking their fasts in the early hours of July 3.

“Today was another bloody day in Baghdad, a real catastrophe,” reports Dr. Ali Bayati, a medical doctor who heads the Turkmen Rescue Foundation in Baghdad, via email.  “There were 170 civilians killed — most of them youth, women and children and 174 injured in a car bomb explosion in Karada, a shopping district near Baghdad’s Green Zone at midnight July 3.”

ISIS claimed responsibility for the attack, according to NBC, and indicated it had specifically targeted Shia Muslims, which it considers believers outside of Islam.

The Special Representative of the United Nations Secretary General (SRSG) for Iraq, Mr. Ján Kubiš, condemned the “cowardly and heinous” terrorist bombing in a statement a few hours later.

“This is a cowardly and heinous act of unparalleled proportions, to target peaceful civilians in the closing days of the holy month of Ramadan, including shoppers preparing for the Eid-ul-Fitr holiday,” he said. “This shows Daesh’s wanton intentions to kill, maim and demoralize.” (Daesh is another term for ISIS.)

“The terrorists of Daesh who have suffered defeats at the battlefront are seeking to avenge their losses by targeting vulnerable civilians,” Mr. Kubiš said.

“I have two friends who were inside the burned markets there. One of them survived the fire after the blast by jumping from the third floor of a commercial building. My other friend dies of smoke suffocation,” Dr. Bayati writes.

“Many of the deaths were caused by lack of any safety equipment and ambulances to carry out the wounded in crowded areas. There were no urgent care facilities available,” Dr. Bayati adds.

Prime Minister Haider Abadi was at the scene of the explosions Sunday morning hearing reports and offering condolences. However, many residents pelted his motorcade with stones. Since then, Abadi has called for three days of mourning.

“Of course they are accusing Abadi and the angry families of the victims threw stones at motorcade during his visit there this morning,” writes Dr. Bayati.

“Many people are accusing the government of having obsolete bomb scanning technology at the checkpoints in the city,” according to Dr. Bayati.  He said the effective checkpoints at entrances to the Green Zone, which houses the U.S. Embassy and international elite residents, as well as Baghdad International Airport have prevented bombings there for two years.

“Why no attacks in these places? Because the security companies are superior to the ones elsewhere in the city that were contracted through bribery and corruption,” Dr. Bayati claims.

Terrorist bombings are a daily occurrence in Baghdad. On June 30 there were terrorist bombings in West, South and Northeast neighborhoods of Baghdad, which altogether claimed the lives of five civilians and three soldiers. These bombings targeted commercial markets.

Heinous attacks against civilians and religious leaders of minority groups might be a deliberate effort to distract public attention away from spectacular defeats on the battlefield, according to Ali Sada, the editor of Daesh Daily.

“ISIS has again distracted attention from its defeats in one place by staging a mass-murder incident somewhere else that gets heavy worldwide news coverage,” Mr. Sada commented on Daesh Daily on July 1. “This happens too often to be a coincidence. As ISIS continues to lose ground in Iraq, its desperation to compensate for its defeats may increase.”

The Iraqi government declared victory over ISIS in the battle-ground city of Fallujah last Sunday, after three weeks of fighting, fewer days than many observers expected. ISIS fighters attempting to escape from strongholds near Fallujah were decimated by Iraqi helicopter gunships and Coalition fighters on Wednesday. More than 250 ISIS terrorists and more than 50 vehicles driving in a large convoy on the highway from Amiriyah Fallujah toward Kerbala were caught by Iraqi Army Aviation followed by tribal fighters serving with the Iraqi Army. The next day, as many as 300 terrorists were attacked by Iraqi gunships attempting to drive in convoy out of the city of Khaldiya, 20 miles west of Fallujah. The Anbar Operations Commander reported 300 ISIS killed.  On Friday ISIS defenders were abandoning their stronghold in Shirkat, a city of 143,000 100 miles south of Mosul, as Iraqi Army’s elite Counter-Terrorism units repelled more than 9 attacks by vehicle suicide bombers, according to the summary of Iraqi media in Daesh Daily on July 1.

The attack in Baghdad came only six days after a deadly terror bombing in Istanbul killed 44 people at the Ataturk Airport, which Turkish officials say they suspect involved ISIS leadership. The bombing in Turkey was planned by a jihadist organization in the North Caucasus.

This article underwent some minor updates on July 4 at 5:22 p.m. EDT.