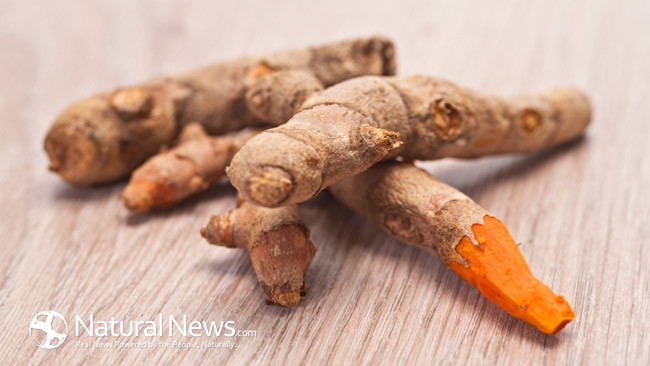 Depressive disorders, which affect millions of people around the world today, can affect family relationships, disrupt job or school performance, and even damage physical health. While there are several prescription drugs now available to combat the symptoms of such disorders, such drugs often carry with them a number of negative side effects, some of which include lack of sleep, anxiety, and even schizophrenia in the most extreme of cases.

All hope’s not lost, however, as a new study has just proven that a healthier alternative is readily available for use – and at a fraction of the cost of these Big Pharma drugs.

Research shows that turmeric is as effective in curing depression as its pharmaceutical drug counterparts, such as Prozac. Moreover, it also has been discovered that taking turmeric does not cause any notable side effects, as opposed to regular antidepressants. This breakthrough study is a sign that more natural alternatives could possibly be discovered, if more funding were only allocated to such research endeavors.

Researchers believe that the effectiveness of curcumin stems from the fact that it can inhibit monoamine oxidase, an enzyme linked to depression if found in the brain in high levels. At the same time, curcumin also can help raise the levels of serotonin and dopamine in the brain, which can lead to feelings of calm and well-being. With regular use of curcumin, people with depressive disorders reported a significant reduction in their emotional symptoms.

While this discovery definitely brings good news to health-conscious individuals, it could spell a huge setback for the pharmaceutical industry, which receives around $12 billion a year from its sale of anti-depressants alone.

Given these findings, just remember: the next time you experience emotional symptoms related to depressive disorders, better consult a naturopath or herbalist and discuss the possibility of using turmeric as an alternative to antidepressants – your mind and body definitely won’t regret it.