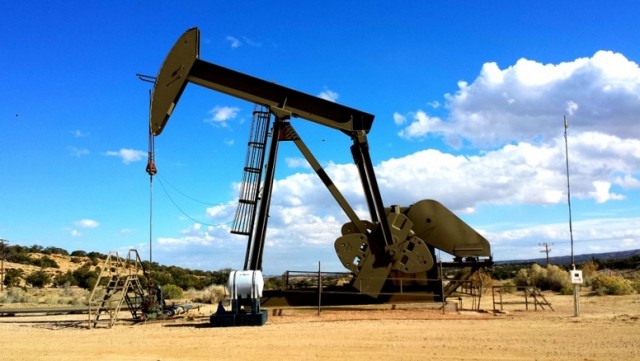 (Freedom.news) President Obama and Democrats always talk about “income inequality” and how hard they are working to close the income gap between rich and poor, all while imposing as many costly rules and regulations on us as possible. If liberal regressives are experts at anything, it is hypocrisy.

That is especially true when it comes to energy. Obama has pledged throughout his presidency to take down the coal industry (something Hillary Clinton now wants to do) and make fossil fuels as expensive as possible to encourage less use. Only, doing so is a blow to economic freedom because it also drives up the cost of making things, operating a business, travel to work and so on.

Republicans, meanwhile, have consistently opposed the Left-wing push to drive energy prices sky high, and now they have another opportunity to get a win for consumers and taxpayers while sticking it to Obama’s pricey energy regulations.

As reported by AMI Newswire, last week House Republicans started renewing efforts to restrict the Obama administration’s ability to regulate hydraulic fracturing, after a key judicial decision landed on their side.

House Speaker Paul Ryan hopes to use momentum from a U.S. district judge’s decision Tuesday in Wyoming that the federal Bureau of Land Management lacks the authority to regulate the process known as fracking to extract oil and gas on government lands. A bill by Republican Rep. Bill Flores of Texas would essentially enshrine the ruling into federal law.

Four western states – North Dakota, Wyoming, Colorado and Utah – had joined two energy companies and a Native American tribe in suing the Interior Department, who oversees the BLM, to block the regulations. BLM officials had announced them a year ago and planned to start enforcing them on Friday.

In a statement, Ryan said the ruling by Judge Scott Skavdahl “upholds the Constitution and protects the energy revolution from the heavy hand of big government.”

Ryan also praised fracking as “one of the keys that has unlocked our nation’s energy resurgence in oil and natural gas,” creating jobs and lower energy prices, and accused Obama of trying to “regulate it out of existence.”

Ryan also saw the ruling as a constitutional victory in an ongoing, oft-repeated vow of his to wrest back power from the executive branch.

“Only Congress can write laws. Agencies acting without authority from Congress is simply illegal,” he said.

Flores’ bill – which President Obama has threatened to veto – would prevent federal regulators from enforcing fracking laws in any state where the practice is already governed by state laws. It already passed the House on a 235-187 vote in November 2013, but never prevailed in the Senate.

The Texas congressman has reintroduced the bill in the current session of Congress, and Ryan has inserted it into his multi-part “A Better Way” GOP policy agenda he is touting this month – a key sign of his support.

“Yet, the Department of Interior felt it was necessary to circumvent Congress to stifle energy production with its illegal hydraulic fracturing rule,” he said on Wednesday. “This court ruling is a big win against bureaucratic overreach, and for American energy security, economic growth and jobs.”

Actually, Skavdahl’s ruling is only a temporary victory for fracking supporters – the federal Court of Appeals for the 10th Circuit is also reviewing the BLM rule and could vote in favor of the administration.

Those who favor fracking regulation say the dangers of the practice necessitate federal regulation. The BLM rule at issue, for example, would require companies to disclose the type of chemicals they are injecting into the ground; fracking opponents say such chemicals can contaminate groundwater.

Obama himself has said the BLM rule is necessary to ensure “consistent environmental protections,” particularly in western states with far higher percentages of federally owned land.

Jessica Kershaw, a spokeswoman for the Interior Department, said in a statement Wednesday that Skavdahl’s ruling was “unfortunate,” but pointedly referred to it as only a “delay.”

“(The ruling) prevents regulators from using 21st-century standards to ensure that oil and gas operations are conducted safely and responsibly on public and tribal lands,” she said.

Freedom.news is part of the USA Features Media network. Get caught up on ALL of the day’s most important news and information here.