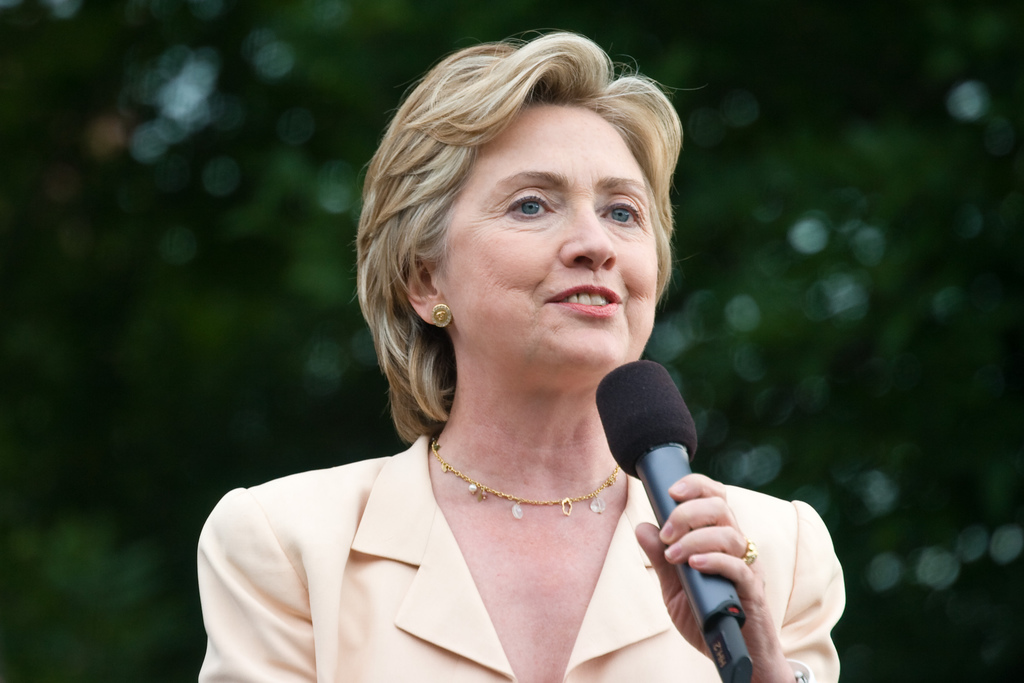 (Trump.news) Presumptive GOP presidential nominee Donald J. Trump made a claim about his likely Democratic rival, Hillary Clinton, and her husband that seemed to stun some political observers, though it wasn’t a charge he simply pulled out of thin air.

And it wasn’t from a newly-released book that has supposedly been “debunked,” either.

It came from no less than The New York Times.

On Tuesday Trump, in a blistering speech directed at Clinton in which he called her a “world-class liar” and “the most corrupt” person ever to “seek the presidency,” also made the claim that the Clinton Foundation profited mightily from donors who were involved in a uranium deal early in the Obama administration – while Hillary served as secretary of state.

“Hillary Clinton’s State Department approved the transfer of 20 percent of America’s uranium holdings to Russia, while nine investors in the deal funneled $145 million to the Clinton Foundation,” Trump charged, as reported by Left-wing hate site Slate.

Critics pounced immediately, claiming that Trump culled the information from Peter Schweizer, a former fellow at the right-leaning Hoover Institution and author of the forthcoming book “Clinton Cash.” That part is true.

But what is also true is that Schweizer’s information was vetted by the Times for an April 23, 2015 story that the paper not only reported, but verified through its own additional sources.

As the Russians gradually assumed control of Uranium One in three separate transactions from 2009 to 2013, Canadian records show, a flow of cash made its way to the Clinton Foundation. Uranium One’s chairman used his family foundation to make four donations totaling $2.35 million. Those contributions were not publicly disclosed by the Clintons, despite an agreement Mrs. Clinton had struck with the Obama White House to publicly identify all donors. Other people with ties to the company made donations as well.

And shortly after the Russians announced their intention to acquire a majority stake in Uranium One, Mr. Clinton received $500,000 for a Moscow speech from a Russian investment bank with links to the Kremlin that was promoting Uranium One stock.

Some of the connections between Uranium One and the Clinton Foundation were unearthed by Peter Schweizer, a former fellow at the right-leaning Hoover Institution and author of the forthcoming book “Clinton Cash.” Mr. Schweizer provided a preview of material in the book to The Times, which scrutinized his information and built upon it with its own reporting.

So not only did the Times verify information Schweizer used in his book, it also added to it.

And yet, the Left-wing media and pundit class has accused Trump of somehow embellishing fabricated information that has not been “debunked” but rather verified by the Left’s own paper of record. It just doesn’t get anymore verifiable than that.

The Times also pointed out that it isn’t known whether the donations played any role in the eventual approval of the deal. But what is clear is the time line – donations flowed to the Clinton Foundation at the same time the deal was being negotiated, a deal that could not have been approved without passing muster at the State Department.

President Obama, as head of the Executive Branch, had the ultimate approval, but to claim that Trump is incorrect to raise suspicions about the timing of the donations and the amount of money paid to the Clinton Foundation from donors directly involved in the deal is absolutely inappropriate and it smacks of an attempt to cover up the Clintons’ role.

Without question this is a legitimate campaign issue and something the American people ought to know and be able to decide for themselves.