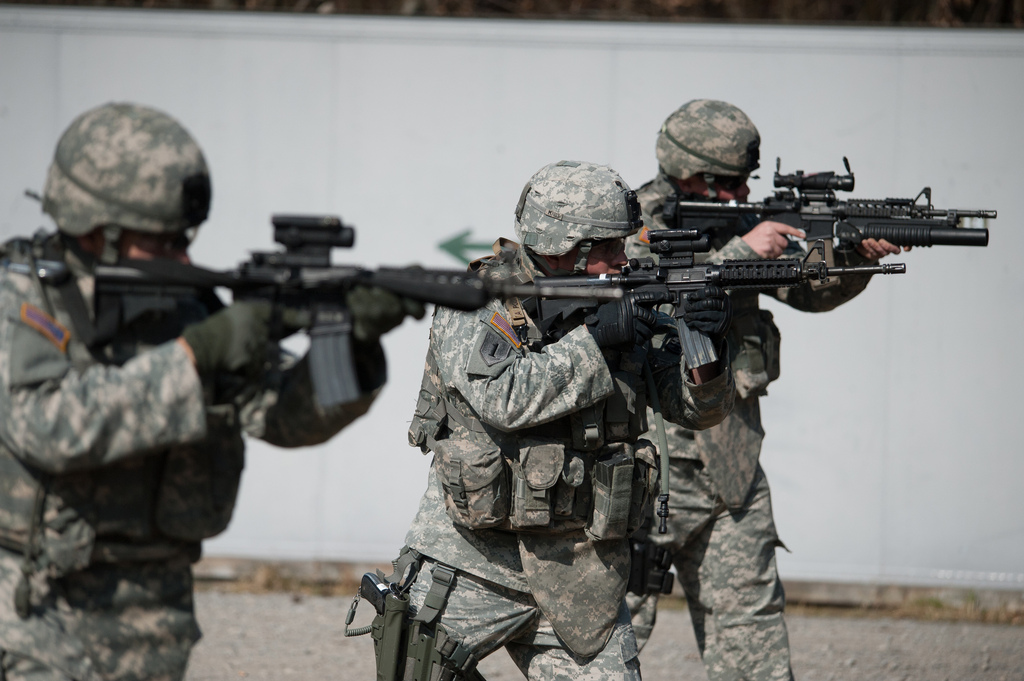 Another day, another bureaucrat trying to limit the freedoms of the American people. At this point, we should expect nothing less from the corrupt federal government that consistently puts their own needs over those of the country as a whole.

The AR-15 — the most indisputably hated gun on the left — has found itself under attack recently after the Orlando shooter, Omar Mateen was falsely accused of using the gun to commit his act of terror. In actuality, Mateen used a Sig Sauer MCX, but that didn’t stop the mainstream media from falsely labeling the gun an “AR-15 assault rifle.” Buzz words are fun, aren’t they?

The point that the Obama administration is trying to make is that nobody needs an assault rifle, or, even more accurately, that nobody needs an AR-15. The only problem with that belief is that the Obama administration is protected by people who are carrying AR-15s. And they are actually carrying AR-15s. They’re so scared of the damage this weapon can cause that they’re willing to have all of those around them holding it. Why? Because bureaucrats deserve more protection than us lowly taxpayers, of course!

Surely these government officials acknowledge their own hypocrisy. It’s appalling that they’re willing to trample all over the United States Constitution in order to extend their power and suppress the power of their own citizens. The Second Amendment has been under attack as of late, with the liberal government and the leftist media trying to convince us that we don’t need firearms, and if we think we do, they’ll do everything in their power to regulate them to the point of absurdity.

The Police State in America is actively trying to infringe on our rights as Americans. The smartest thing we can do is prepare ourselves for the worst, while hoping for the best and working towards a better America.