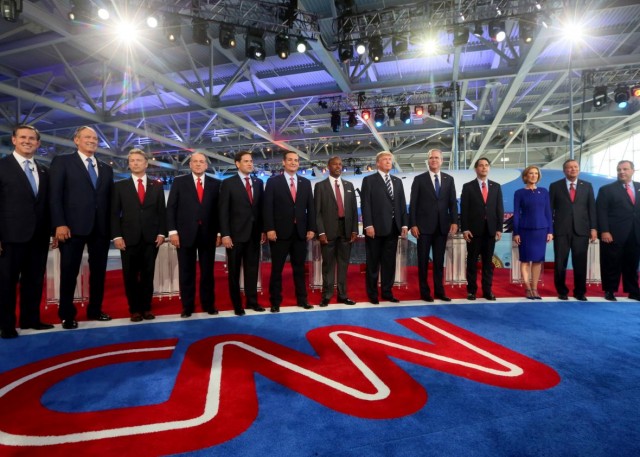 (Trump.news) If you are still waiting for presumptive GOP nominee Donald J. Trump to get a fair shake in the mainstream media this election cycle, you can officially let go of that pipe dream, because it’s not going to happen.

In what appears to be yet another instance of unethical journalism, CNN’s Tom Foreman, in an attempt to protect Trump’s likely Democratic opponent, Hillary Clinton, and to discredit him, only discredited himself.

As reported by Breitbart News, the fib came, ironically, during a “fact check” segment, where Foreman and others were attempting to analyze the charges and claims Trump made about Clinton in his speech on Wednesday, in which he called her a “world class liar” and “the most corrupt person to ever seek the presidency.”

The incorrect fact check was in regards to U.S. immigration policy; in an effort to undermine Trump’s factually correct statements CNN gave a demonstrably false presentation of the “facts.”

“The segment was remarkable in that it not only revealed CNN’s profound ignorance of federal immigration policy, but an examination of the segment’s transcript also reveals that CNN ignored and blatantly distorted what Trump had actually said,” Breitbart News reported.

Foreman accused Trump of making a “false” statement about Clinton’s refugee policy when in fact what Trump said was exactly right.

“The reality check team was very busy during all of this [speech],” Foreman said. “Trump attacked Clinton’s plan to increase the number of Syrian refugees taken into America.”

He then played video footage of Trump’s speech in which Trump said, “Under her [Clinton’s] plan, we would admit hundreds of thousands of refugees from the most dangerous countries on Earth – with no way to screen who they are, what they are, what they believe, where they come from.”

Foreman then attempted to analyze Trump’s statements. In part, he said:

He was talking about this in reference to the Syria program in context of his speech. So let’s look at the reality there. President Obama has said he’d like to get 10,000 Syrian refugees in here by the end of September this year. Yes, Hillary Clinton has talked about increasing that substantially to 65,000 people being brought in in the near term. Still, that is not hundreds of thousands of people out there. … [I]f you look at his overall claim: hundreds of thousands, no checking whatsoever, that is simply false.

Actually, Trump didn’t say that Clinton would admit hundreds of thousands of refugees, but that her plan would admit hundreds of thousands of refugees from the most dangerous countries on Earth (emphasis added). She would have to get congressional approval for much of what she wants to do, but her plan is to admit that many, most of whom would be enticed to vote for her party.

Also, Clinton has made no indication that she would limit her immigration importation program to a single year. Plus, once a Syrian migrant arrives, he or she will be able to bring in their families as well (a process called “chain migration” – a well-used Democratic tactic).

Foreman also downplayed Trump’s statement regarding the inability for U.S. security and intelligence officials to properly vet new migrants from regions where government has all but broken down. But he does not mention that these “security analysts” include President Obama’s own senior officials — such as FBI director James Comey and DNI director James Clapper.