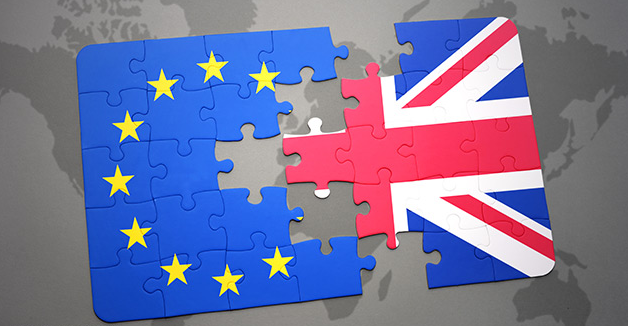 This might just be the most shocking news of the decade (so far), and I only cover it here on Natural News because it has paradigm-shattering implications for economies, nations and the very future of human civilization. According to published media results so far, the BREXIT vote appears to have won a referendum victory that all of us at Natural News had hoped for (but we also thought would be rigged from the start to defeat BREXIT).If this “leave” victory holds, it would indicate the greatest voter revolt against the global elitists the western world has ever seen. (It also gives me huge respect for UK citizens who are finally waking up and raging against the machine…) Click here to see current BREXIT results at the BBC.

A BREXIT victory would also mean that voter outrage somehow managed to overthrow the most deliberate ballot rigging fraud the UK has ever witnessed. EU elitists were so determined to do anything in their power to prevent BREXIT from winning that they arranged for the murder of a member of Parliament (Jo Cox) just to manipulate public opinion. It almost worked, too. Support for BREXIT plummeted after the Cox murder, which was of course followed by a deliberate, nationwide media hoax which blamed the murder on pro-BREXIT forces. (It’s the same way the U.S. media blamed the Orlando terrorism event on conservatives… it’s all a farce.)

Yesterday, I published a story announcing my certainty that the elitists would not allow BREXIT to achieve victory. Secretly, of course, I was hoping that I was wrong. My message to Natural News readers in the UK was to, “Vote for BREXIT! Even though the election is rigged, your vote makes it just a little bit harder for them to rig without getting caught. And if you don’t vote, the globalists win anyway.”

At the hour I’m writing this article, I’m still not totally convinced a BREXIT victory will be tolerated by those in power. There’s still a chance they’ll find some way to commit massive ballot box fraud in the next few hours… or they may try some radical ploy to attempt to invalidate a million BREXIT votes and change the results of the election. So I’m holding my breath and hoping the voice of the people will, for once, overturn the outright corruption and criminality of the establishment.

My original prediction, however, is one that I’d be thrilled to be wrong about. And if it turns out that a BREXIT win holds, then it’s a powerful, stunning moment for the raw power of citizens to overturn the stranglehold of corrupt government regimes. It also means that globalists are absolutely panicked about the fact that they’re losing control over the masses… (holy crap, that’s just never happened to them, EVER, in human history… they have no idea what to do if the sheeple start waking up and revolting).

A BREXIT victory bodes well for anti-establishment voter victories in America, too

The implications of such a victory are huge. For starters, it also means that Donald Trump would be a far more likely victor in America for all the same reasons: the voters are revolting against the establishment in such huge numbers that even the corrupt government regimes of the world cannot commit sufficient ballot box fraud to overrule them.

It also means that the delusional financial house of cards underlying the EU fictional construct is much closer to collapse. And that’s a good thing, because the longer the financial fictions are allowed to play out, the more severe the pain of the inevitable correction. (It’s less painful to correct small bubbles, in other words, than to crash big bubbles.)

The financial implications of a BREXIT victory are very far reaching. From one perspective, it could unleash a cascade of events that eventually wind their way to America’s shores, causing a “moment of truth” reckoning within financial centers, leading to a train wreck collapse of trillions of dollars in derivatives debt. Why is that a good thing? Because the bankers are destroying all the economies of our world. No civilization is sustainable when bankers function as blood sucking parasites on society. For humanity to experience prosperity, the bankers need to be reined in (or better yet, marched through the streets in handcuffs, then prosecuted for massive financial fraud).

There are also huge social, cultural and political implications of a BREXIT. If the UK leaves the EU, it essentially means the EU crumbles, returning sovereignty to the individual nations who would then resume control over their own borders. All the massive Muslim migration that’s now invading Europe would grind to a halt, for one thing. Border control would become a necessary strategy of self-defense across many EU nations.

Such a move bodes well for other nations — such as America — also deciding to protect their own borders from mass migration (illegal and legal) which has allowed ISIS terrorists to move personnel, weapons and supplies into staging areas to prepare for their domestic attacks.

Finally, the EU is presently ruled by bureaucratic human scum… the most pathetic, reprehensible life forms on our planet… lower than cockroaches and more filthy than maggots. I’m not sure I can even find the words to describe the unimaginable monstrosities of human greed, incompetence and arrogance held by these worse-than-useless human beings who feed off the hard work of European citizens. In a perfect world, a BREXIT victory would be followed up by the mass arrest and prosecution of Brussels bureaucrats for unleashing so many years of bureaucratic tyranny over their fellow citizens. But such daydreams are no doubt one bridge too far. The best we can practically hope for right now is that more EU members will exit the EU, leaving Brussels bureaucrats staring at empty walls with their thumbs up their asses, wondering what happened to all the domains over which they used to rule.

Is the world ready for a popular global REVOLT against bureaucratic government tyranny?

Personally, I’m deeply inspired by this apparent BREXIT victory… if it indeed holds. It means the world has embraced the REVOLT stage of human progress and is ready to throw off the shackles of incompetent corruption and bureaucratic tyranny wielded by bad government. This movement is a global one, and it’s taking hold in many large nations, including China, Brazil, Taiwan and the USA.

It’s time that We the People denounced the criminality and total idiocy of the world’s incompetent puppet masters. It’s time we declared ourselves to be free people, operating with national sovereignty and self-rule. It’s also time we protected our borders, our cultures and our communities against the incessant march of “transformation” via mass illegal migration and radical Islam occupation of our western nations.

It’s time, in other words, that western civilization stood its ground, built some defensive walls and said NO to the enemy occupation of its lands.

BREXIT is essentially the United Kingdom’s Declaration of Independence against tyranny, invasion and occupation. Go Britain! Go UK! With this vote, if I dare say so, the people of the UK demonstrate a truly American spirit of independence.

It is my hope that the people of America can demonstrate the same courage this November and vote for real revolt against the establishment, in whatever form that takes. This is not an endorsement of any candidate; it is an endorsement of a fundamental principle of human freedom. VOTE AGAINST TYRANNY at every opportunity. Every once in a while, the votes are so loud and numerous that even the corrupt, criminal establishment cannot silence them.

We now return to our regularly scheduled programming…