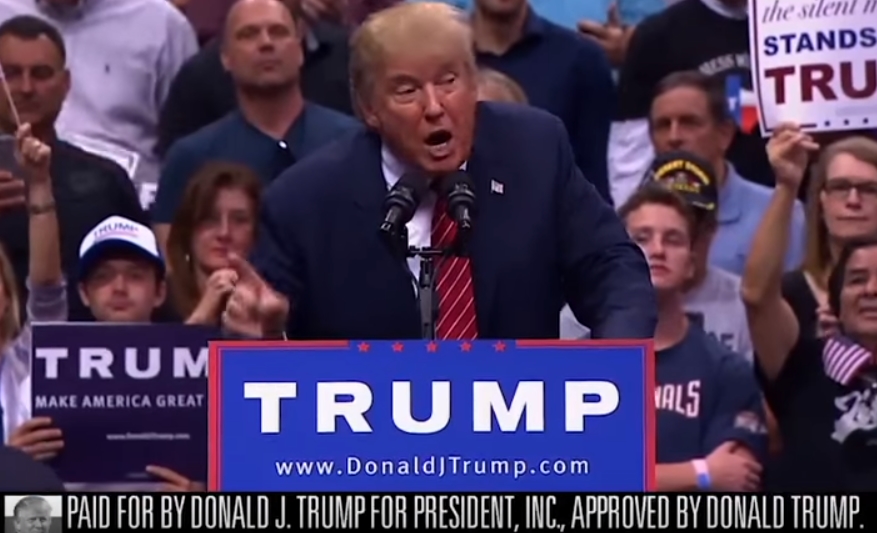 (Trump.news) Presumptive GOP presidential nominee Donald J. Trump nailed his likely Democratic rival, Hillary Clinton, over her handling of Britain’s historic referendum on whether to remain in the European Union, saying that like so many other political issues she misjudged how important “Brexit” was to a majority of people in England.

“She’s always misread everything, if you think. She’s misread this,” Trump said on Friday from Scotland, where he was creating new jobs and commerce by opening a refurbished golf course.

As for Obama, who has been highly critical of him, Trump said the president’s threat in April — that if Britons chose to leave the EU the United States would put England “at the back of the queue” when it came to international trade deals — likely pushed the Brexit vote higher.

Trump stated that Obama is “constantly dictating to the world what they should do. The world doesn’t listen to him, obviously. You can see that from the vote. I actually think his recommendation … caused it to fail.”

The billionaire businessman also suggested that Clinton backed Obama’s play, in part, because ultimately the decision will be up to him whether or not she is indicted for alleged violations of U.S. intelligence statutes over her use of a personal, unsecured email server as his secretary of state.

“I was actually very surprised that President Obama would’ve come over here and he would have been so bold as to tell the people over here what to do,” Trump continued.

“And I think that a lot of people don’t like him, and a lot of people voted – if he had not said it, I think the result might have been different. I thought it was inappropriate, and then [Clinton] doubled down and she did the same thing,” Trump said.

“And obviously, for the 219th time, they were wrong. They’re always wrong. And that’s the problem with them.”

A President Trump, he said, would not belittle or threaten Britain, but instead embrace it as the U.S. has historically done, as well as bolster military and commercial ties.

His administration would “strengthen our ties with a free and independent Britain, deepening our bonds in commerce, culture and mutual defense.

“The whole world is more peaceful and stable,” he noted, “when our two countries – and our two peoples – are united together, as they will be under a Trump administration.”

Though the left-wing media continues to portray Trump’s interest in regaining control over U.S. borders and slowing or stopping immigration from terrorism hotbeds in the Middle East, he believes that EU policies that promote borderless countries and nonstop immigration from Muslim countries into Britain also contributed to the Brexit vote. And he predicted that issue would also propel him into the White House.

“Come November, the American people will have the chance to re-declare their independence,” he said. “Americans will have a chance to vote for trade, immigration and foreign policies that put our citizens first. I hope America is watching.”