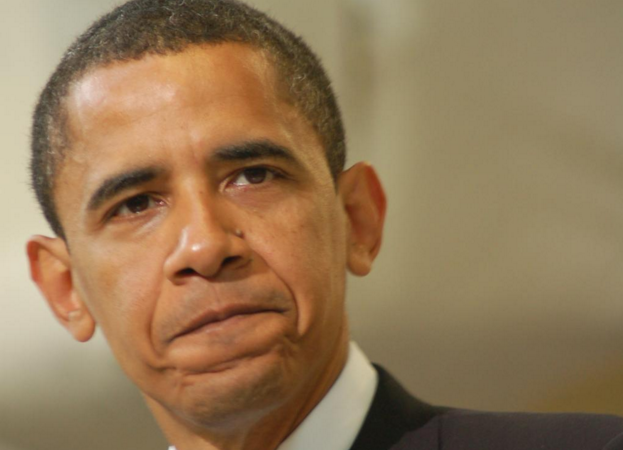 If you’ve ever read the Saul Alinsky book, “Rules for Radicals,” then you can begin to understand how a man like Barack Obama can, as president, do the things he does to harm America’s interests in the short- and long-term, because the book is essentially a blueprint for hate-filled discontent and change of the existing social and cultural order of the United States.

If you’ve read the book, then, you can understand why Obama, as president, would provide one of our sworn enemies a military capability that could not only damage the existing social and cultural order of the United States, but kill many of its citizens at the same time.

As reported by Prepper Fortress, the White House and its sycophantic cult followers in the State Department and Cabinet have all argued that the deal is the best solution to the long-simmering angst between Washington and Tehran, which of course does not explain why Obama thought it was necessary to cut a nuclear deal or any deal with the Iranians in the first place (a question no one else is asking).

But here’s the thing that even the administration admits: The deal doesn’t permanently stop Iran from getting the technology to build its own weapons; rather, it merely kicks the can down the road to a time when, presumably, Obama and his family will have made enough money from post-presidency book and speaking deals to live somewhere far away from the United States.

“A credible alternative to this dangerous deal with Iran is to maintain U.S. and U.N. sanctions (or unilateral U.S. sanctions if necessary), keep the military option on the table, and work with partners in the Middle East to force Tehran to accept much tighter restrictions on its nuclear plans,” Prepper Fortress notes which is, of course, spot-on, since serious diplomats (not politically compromised ones like former Secretary of State Hillary Clinton and her replacement, former Sen. John Kerry) have all said those sanctions were severely hampering the Iranians’ nuclear development and economy overall.

“The Vienna Agreement represents a Faustian bargain in which the Obama Administration agreed to dismantle sanctions and legitimize Iran’s nuclear program in exchange for temporary restrictions on uranium enrichment, greater (but still limited) access for U.N. inspectors and promises to comply with the Nuclear Non-Proliferation Treaty (NPT)—promises that Tehran has repeatedly broken in the past,” the site continued. “If Iran reneges on the agreement, as it could easily do since most of its concessions are quickly reversible, the international sanctions regime will be almost impossible to put back in place.”

The deal, such as it is, gives Iran access to tens of billions of dollars that were previously frozen, and, after 15 years supposedly, the limitations on Iran’s uranium enrichment capacity are lifted and Tehran can move enrichment activities outside of the Natanz facility and scale it up by several factors, thus giving Iran the ability and resources to sort of sprint to the finish line in developing nuclear weapons with the capacity to deliver them.

Retired Navy Adm. James “Ace” Lyons said in a recent Fox News interview that is when the real danger to the United States would start.

“This deal is a total sellout,” Lyons said. “But of course, for Secretary Kerry, he has no problem with this since this is the second time he has sold out his country.

“This deal goes beyond the pale,” Lyons continued. “Every objective we set out to accomplish we conceded to Iran. In fact, we went beyond that. We went put in things which I could not even imagine, where we’re going to show them out to protect their facilities, their nuclear program, and prevent it from being sabotaged.

“This is mind-boggling,” he said, adding that the White House did nothing to curb Iran’s ICBM program. “As far as further endangering our national security, you have to look at what Iran has done, and how to conduct an electromagnetic, EMP, attack.”

Such an attack would knock out much of the U.S. power grid, likely for several months to a year, leading to massive casualties and unbridled social chaos, experts have said.