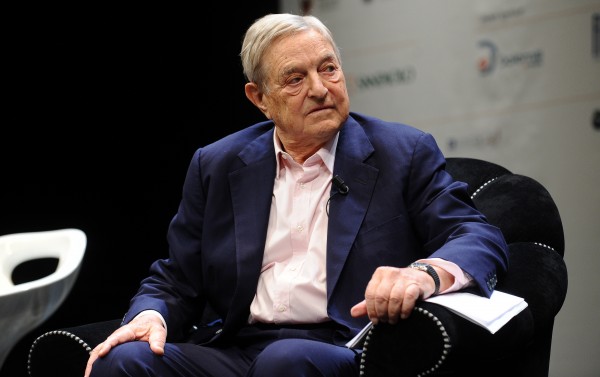 The world’s most famous currency speculator has warned a vote on Thursday for Britain to leave the EU would trigger a bigger and more damaging fall for sterling than the day he forced Britain out of the Exchange Rate Mechanism almost a quarter of a century ago.

(Article by Larry Elliott and Jill Treanor, republished from https://www.theguardian.com/business/2016/jun/20/brexit-would-trigger-sterling-fall-worse-than-black-wednesday?CMP=fb_gu)

George Soros, writing in the Guardian, said that a Brexit vote would spark a “black Friday” for the UK, but the devaluation of sterling would bring none of the benefits to the economy that it enjoyed after it dropped out of the ERM on 16 September 1992 – Black Wednesday.

He said that, as in 1992, there would be big financial gains for speculators who had bet on the UK leaving the EU but that such an outcome would leave “most voters considerably poorer”.

Soros said that unlike after Black Wednesday, there was little scope for a cut in interest rates, the UK was running a much larger current account deficit, and exporters would be unable to exploit the benefits of a cheaper pound due to the uncertainty caused by a vote to leave the EU.

“Sterling is almost ­certain to fall steeply and quickly if leave wins the referendum,” Soros said. “I would expect this devaluation to be bigger and also more disruptive than the 15% ­devaluation that occurred in September 1992, when I was fortunate enough to make a ­substantial profit for my hedge fund investors at the expense of the Bank of England and the British government.”

In the months following the UK’s departure from the ERM, interest rates were cut from 10% to 5.5% – easing the financial burdens facing consumers and businesses. However, with official borrowing costs currently at 0.5%, Soros said rates were already at the lowest level consistent with the stability of British banks and meant there was little the Bank of England could do in the event that Brexit led to a recession.

A vote to leave would force the pound to slide towards parity with the euro – “a method of joining the euro that nobody in Britain would want” – and plunge more than in September 1992 when his $10bn (£6.9bn) bet against the pound broke the Bank of England.

“Too many believe that a vote to leave will have no effect on their personal financial positions. This is wishful thinking. If Britain leaves the EU it will have at least one very clear and immediate effect that will touch every household: the value of the pound would decline ­precipitously. A vote to leave the EU would also have an immediate and dramatic impact on financial markets, investment, prices and jobs,” Soros added.

“A vote to leave could see the week end with a black Friday and serious consequences for ordinary people,” Soros said.

Michael Gove, the justice secretary and leading leave campaigner, said Soros had previously predicted that Britain would be better off with the single currency, a forecast which proved the currency speculator had made mistakes.

“George Soros is an advocate of the single currency, an advocate of European integration,” he told BBC Radio 4’s Today programme. “If economic forecasters were as reliable as doctors or airline pilots then we’d all be billionaires. When we reflect on what George Soros is saying we also need to remember he has got things wrong in the past.”

Gove said the EU model was a “sinking ship” which Britain could unshackle itself from, and “send Europe in a better, more progressive direction”.

Two days before the polls close a series of high-profile figures warned about the risks of a vote to leave. Enda Kenny, the taoiseach of Ireland, appealed to Britain to vote to remain inside the EU, warning that the return of a stronger border between Ireland and Northern Ireland required by a Brexit vote would play into an old narrative – “one of division, isolation and difference”.

Writing in the Guardian, Kenny warned of a psychological effect, saying the reappearance of the old border after decades of work to promote peace and reconciliation “would be a step backwards and present an opportunity for others, with malign agendas, to exploit”.

Amid worries about whether Labour supporters would turn out for remain, Len McCluskey, who heads the Unite trade union, wrote that he wasnot surprised that they were concerned about immigration.

“In the last 10 years, there has been a gigantic experiment at the expense of ordinary workers. Countries with vast historical differences in wage rates and living standards have been brought together in a common labour market,” he said. “The result has been sustained pressure on living standards, a systematic attempt to hold down wages and to cut the costs of social provision for working people.”

Sterling rallied on Monday as polls published over the weekend showed a rise in support for the remain camp after the death of Jo Cox and propelled the pound to its biggest one-day move in almost eight years when compared with the world’s other major currencies.

Sterling jumped more than 2% to touch $1.47 against the dollar and headed towards €1.30 against the euro. The FTSE 100 index of leading shares jumped 3% to 6,204 – pulled higher by the banking and property companies that had dragged it lower in recent weeks.

Nigel Farage, the Ukip leader, accused remain supporters of trying to take advantage of the death of Cox. “What we are seeing here is the prime minister and the remain campaign trying to conflate the actions of one crazed individual with the motives of half of Britain who think we should get back control of our borders and do it sensibly.”

Soros said that speculators – hailed the Gnomes of Zurich in the 1960s by Harold Wilson – had made large profits at Britain’s expense at the time of the 1967 devaluation. “Today there are speculative forces in the markets much bigger and more powerful. And they will be eager to exploit any miscalculations by the British government or British voters. A vote for Brexit will make some people very rich – but most voters considerably poorer,” Soros said.

Not all economists agree with Soros’s assertion that a rate cut will not be possible: economists at JP Morgan are among those forecasting a cut to zero in August from the historic low of 0.5%.

But economists at Pantheon Macroeconomics expect sterling to plunge if there is a vote for Brexit. “If Britain opts for Brexit – as it well could, given the latest neck-and-neck opinion polls – sterling likely will plunge,” Samuel Tombs at Pantheon said, warning the market was underestimating how far sterling could fall. Tombs warned that capital outflows could be “gargantuan”.