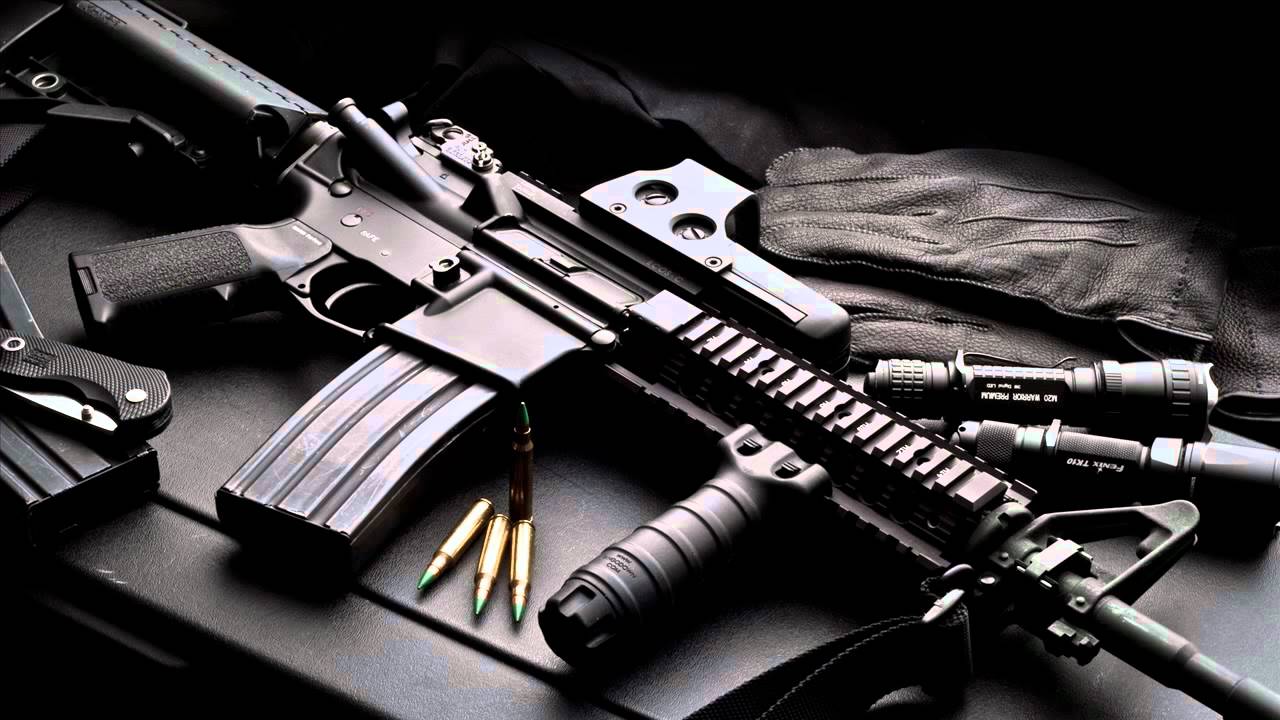 I already own handguns. Now this Jewish Ivy Leaguer is going to buy my first assault rifle. My relatives willingly marched to the gas chambers in Germany.

I’m not allowing a pathetic Neville Chamberlain-like Muslim sympathizer in the White House to ever put me in that position. I will arm myself, train and be ready, willing and able to defend myself, my family and my country. There is no bigger or more powerful threat to radical Islam than every American armed, trained and ready to defend ourselves.

That’s the only answer to radical Islam.

Once again Donald Trump is the smart and brave one. He’s done it- again. He’s brought up the most important issue in America- Islamic terror. He’s boldly telling the truth-again. He’s saying exactly what’s on the mind of tens of millions of Americans. Obama, Hillary, and the Democrats are ignorant, hopelessly compromised, or worse. The GOP leadership is hopelessly cowardly, ignorant, or scared of being called names by the media.

So when Trump dares tell the truth…or say out loud what tens of millions of real people are thinking or whispering, they condemn him and abandon him. But I have news for the GOP leadership in this country- the vast majority of the GOP base agrees with Trump and thinks you’re weasels.

And I have a contrarian strategy for any politician smart enough to listen. Be a breath of fresh air, go against the grain and tell the truth to the people- admit the U.S. government can’t protect us from radical Muslim terrorism. It’s time for contrarians to give bold and useful advice. Tell the American people that government cannot protect you, this administration is delusional or complicit, the borders are open, Obama won’t let the FBI do their job, this administration is going out of its way to purposely recruit Syrian refugees into America (and into YOUR neighborhoods) even though his own Homeland Security admits they can’t be properly vetted, and one more thing- ISIS is here.

Tell the American people they need to arm, not disarm.

Stand up and campaign for more guns in the hands of law-abiding U.S. citizens. Stand up and admit the people need bigger guns to match the firepower of the bad guys Obama is purposely letting in.

Tell the American people to ignore the pathetic, ignorant politicians. It’s time for a politician and patriot to lead a national campaign to arm the citizens. And educate them to do more than arm themselves to the teeth, but to also train and learn gun safety.

I believe any politician who goes against the grain and campaigns FOR gun ownership will win their election and become the most popular politicians in America.

Are you listening to Donald Trump? Do not back down. Ignore the fools, cowards, traitors and losers. Tell the people to arm themselves to the teeth, because if the government won’t fight radical Islam (or name it either), it’s up to the people to protect and defend our homeland.

This is the perfect moment in time for all Americans to arm themselves, not disarm. Because if the citizens don’t do it, who will? We are under attack. Police are either worried about being called “racist” or “Islamophobe.” Besides, they’re always too late to save us. The FBI is useless- except to investigate a terrorism scene after we’re already dead. They’ve been de-fanged by this President- ordered not to investigate Muslims out of political correctness. The NSA listens to you, me and grandma, but is ordered not to conduct surveillance on mosques- where all the Muslim terrorists are plotting our deaths.

Our enemies like ISIS are here- because of Obama’s wide open borders and the billions of taxpayer dollars he has purposely spent to import his Muslim friends. They are heavily armed with automatic weapons. And Obama’s reaction is to be far more angry at Donald Trump’s words than at the Muslim mass murderers. His instincts are to use this crisis to disarm the people, at the very moment we need to be armed.

We are at war with radical Islam. And last I checked “moderate Muslims” have not said a word. Where are the mass protests by American Muslims? Where is the “Million Muslim March” to condemn Muslim violence, murder, and terrorism? There is none. There will be none. Just as Germans never protested or marched against the Nazis. They were complicit in their silence.

This has only just begun. Gays aren’t the only targets. Soon it will be mass shootings at Jewish schools…or synagogues…or Jewish delis…or mega churches…or shopping malls (like Kenya)…or airport terminals (like Belgium)…or concert halls (like Paris). I know what’s coming. It doesn’t take a genius to know what we are facing. And I didn’t even mention a dirty bomb killing thousands and contaminating an entire American city.

ISIS is here thanks to Obama- an extreme Muslim sympathizer in the White House who refuses to even say the name of the enemy. And we all need to prepare to do what our lame government cannot, or will not.

Who in their right mind brings in 441 new Syrian refugees just in the 5 days since the Orlando Muslim mass murder? 49 of them were sent to Florida.

And when Donald Trump questions this madness, Obama says he’s the bad guy. And the GOP Congressional leadership takes Obama’s side?

By the way, what’s so preposterous about questioning Obama’s motives? We know from history that in World War II many prominent Americans- including members of our government like U.S. Ambassador to England Joseph Kennedy- sympathized  with the Nazis. That’s a fact.

Obama was raised as a young boy in his formative years in a Muslim country- Indonesia. His dad was a Muslim from Africa. His step dad was a Muslim. His name is Barack Hussein Obama, for gosh sake. Why is it so hard to believe that his sympathies might lay with Muslims- even the ones trying to kill us? John F Kennedy’s brilliant businessman father sympathized with Nazis who murdered Americans.

And in the middle of this mess, Obama and Hillary want to either disarm us…or in the best case scenario keep legal, law-abiding, tax-paying American citizens from buying the only weapons that would put us on equal footing with heavily-armed Muslim terrorists.

The government won’t save us. They’re too busy worrying about WORDS. They’re too busy spending billions to bring our radical Muslim enemies here legally- and give them welfare and food stamps and free healthcare while they plot our death.

It’s up to the citizens. Someone needs to stand up and tell you the truth. Only we can protect, defend and save ourselves and our country. That’s clear now. Clear as a bell. It’s time to arm like never before. That’s the ONLY defense against radical Islam. Our Muslim enemies must know in every American home is an arsenal of AR-15’s. It’s time to fight back. It’s time to admit our president is either mentally unstable or does not have our best interests in mind. It’s time for every American to arm to the teeth.

And if Obama doesn’t like it, I have a message for him.