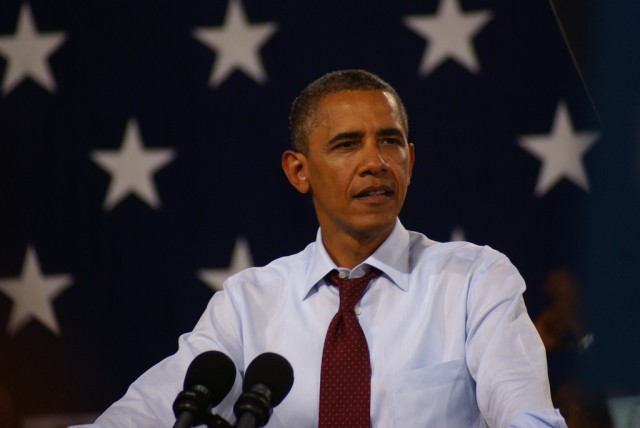 If there was any doubt left that President Barack Obama was a spineless coward, it has long disappeared.

At a press conference on Sunday, June 12, shortly after the events of the terrorist attack in Orlando – which left 50 innocent people dead – Obama sunk even lower than imaginable by refusing to blame radical Islam for an act that was undeniably caused by radical Islam. Even worse, he hinted that we are to blame for the attack.

Obama claims that “one of the biggest challenges we are going to have is this kind of propaganda and perversions of Islam that you see generated on the internet.” Seriously. He actually said this. Murder, rape and oppression of women and the LGBT community aren’t the problem at all – it’s the mean words people write on social media. Obama’s pandering has reached levels of legitimate delusion.

The President goes on to show his ignorance to how guns work, stating, “It appears that one of those weapons he was able to just carry out of the store, an assault rifle, a handgun, a Glock, which had a lot of clips in it.”

As should be expected from a member of the Regressive Left, Obama clearly doesn’t have the slightest idea of how to operate a firearm; but rest assured that hasn’t stopped him from evaluating their safety levels en route to once again trying to infringe on the Second Amendment of the United States.

John Podhoretz of the NY Post perfectly sums up the entire speech by writing, “Obama finds it astonishingly easy to divorce himself from a reality he doesn’t like – the reality of the Islamist terror war against the United States and how it is moving to our shores in the form of lone-wolf attacks.”

Luckily he’ll be gone soon, and hopefully we’ll find ourselves with a commander-in-chief who isn’t afraid to hurt feelings in the name of national security.