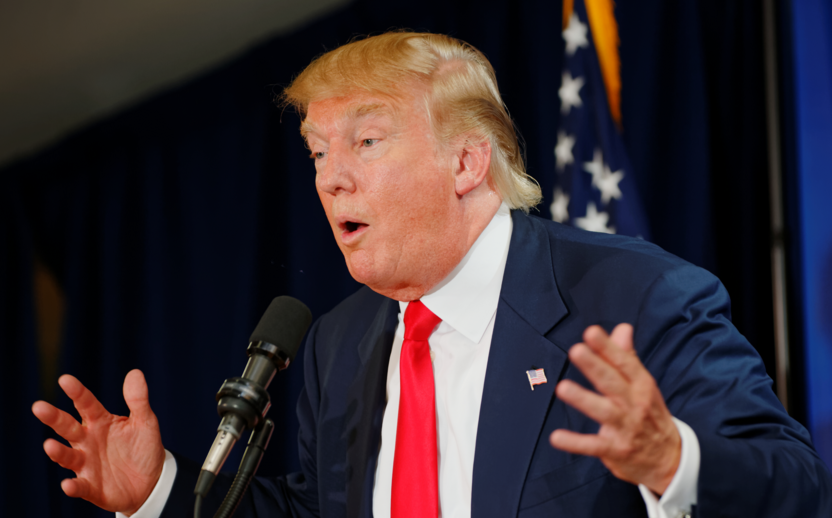 (Trump.news) In today’s political environment, the Democratic Party is credited with being the party that has historically been the party of minority and women’s rights, to now include transgendered Americans and others who are, um, confused about their sexual identity.

And what’s more, presumptive GOP nominee Donald J. Trump plans to make that case early and often, both on the campaign trail and from the White House, should he best Democratic presidential contender (and target of a criminal investigation by the FBI) Hillary Clinton.

In an exclusive interview with Breitbart News, Trump said he will continue the GOP tradition of supporting women’s and civil rights in the face of Democratic opposition. And he said he would help the party – which opposed slavery, led the Civil Rights movement and woman’s suffrage and rights, among other major moral issues throughout its existence – get more credit for what it helped accomplish, while pointing out that the Democratic Party was opposed to all of them.

“You’re right—100 percent,” Trump said when asked about how the GOP led the way on ending slavery, the Civil Rights movement and women’s suffrage.

Last week, when Clinton accepted the leadership role for her party after soundly defeating Sen. Bernie Sanders, I-Vt., and capturing the requisite number of her party’s delegates and superdelegates, she essentially glossed over her party’s history of racism, sexism, support for slavery and long history of opposing civil rights for all Americans.

Indeed, as the first women to become a presidential nominee, Clinton also attempted to align herself with the Seneca Falls convention of 1848, the first-ever gathering for women’s right that was largely organized by Elizabeth Cady Stanton.

“Tonight’s victory is not about one person,” Clinton said in her speech accepting her role as the Democratic Party’s presumptive presidential nominee.

“It belongs to generations of women and men who struggled and sacrificed and made this moment possible. In our country, it started right here in New York, a place called Seneca Falls, in 1848,” she said. “When a small but determined group of women, and men, came together with the idea that women deserved equal rights, and they set it forth in something called the Declaration of Sentiments, and it was the first time in human history that that kind of declaration occurred.”

Clinton did not, however, mention Stanton by name, or the the fact that she went on to become a Republican – or the fact that her husband, Henry Brewster Stanton, a journalist and New York State senator became a leading abolitionist opposed to slavery and helped found the modern Republican Party in 1956.

In her speech Clinton claimed Trump’s “Make America Great Again” slogan was code for wanting to take the country back to a point before there were civil rights and equality for minorities and women.

Of course, perhaps Hillary has forgotten that her own husband used the phrase as well.

“I said, ‘If you believe things should be made as they once were — which is essentially, “Make America Great Again” — remember this: It wasn’t so great for a lot of people the way things once were,’” Clinton said, during a campaign event in New Jersey last month.

She’s right, of course – but wrong about which party was largely responsible for segregation, racism, bigotry, slavery and keeping women ‘in their place’ – that would be Democrats, and Trump intends to help his party repair their brand by setting the record straight at every opportunity.

When asked about how he intended to spread the word to voters about the GOP’s and the Democratic Party’s historical differences, Trump said it would be easy, despite the Democrat-dominated spin media.