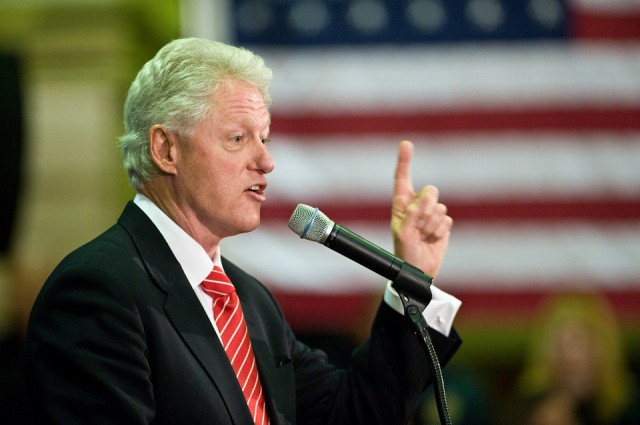 Dolly Kyle, Bill Clinton’s former lover, has released a new memoir, titled Hillary, the Other Woman, that documents Kyle’s longtime relationship with Bill – as well as his strange connection with Hillary.

Kyle first met Bill in 1959 when the two were just preteens. They immediately hit it off, and quickly developed a relationship that lasted 32 years. In 1974, however, Bill informed Kyle that he had met a woman at Yale whom he had moved in with. That woman was none other than Hillary Rodham. He let it be known at the time that it was merely a place to live, but over the years, Kyle discovered that Hillary was a financial provider for Bill.

Their romantic relationship seemed to be a complete fraud.

Kyle recounts her first impressions of Hillary after picking her and Bill up at the airport, stating, “I couldn’t imagine why Billy would haul such a person in the plane with him in public. She was wearing a misshapen, brown, dress-like thing that must have been intended to hide her lumpy body. The garment was long, but stopped too soon to hide her fat ankles and her thick calves covered with black hair.” Kyle goes on to criticize Hillary’s wide feet, hairy toes, unappealing glasses and thick eyebrows. It is very clear that she couldn’t believe that Bill was actually romantically involved with a woman who had such an unruly appearance.

But the story gets stranger from there. According to Kyle, Bill referred to Hillary as “The Warden” and was desperate to have a child in order to draw attention away from her “lifestyle.” Though it was never explicitly stated that the lifestyle Bill was referring to was lesbianism, it was implied. During a conversation between the two, Kyle and Bill discussed whether or not he should sleep with Hillary in order to impregnate her – something he clearly was hesitant about.

Based on Kyle’s reporting, the entire relationship the Clintons have appeared to have over the years has been an absolute sham in order to keep up appearances and further their political careers for ultimate financial power. Just when you thought these two couldn’t become any more unlikable – you realize they’ve been faking it all along.