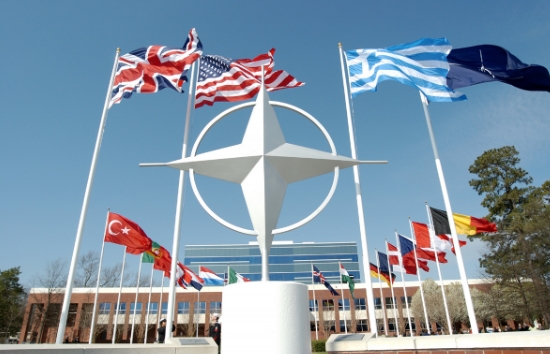 (NationalSecurity.news) Would Russian President Vladimir Putin really risk starting a nuclear war over Ukraine and Crimea? Is he prepared to start World War III with NATO?

Some analysts think so – and that plays right into Putin’s hands, according to an analysis by The National Interest. Putin likely isn’t willing to do either of those things, but keeping Western military and geopolitical experts guessing means that, in the short term at least, Putin gets to operate freely in his corner of the world.

With its saber-rattling the Kremlin has, over the last months, succeeded in taking large parts of the Western elite under its ‘reflexive control,’ a Soviet strategy of action designed to trigger desired reactions on the enemy’s side,” says the analysis.

“Moscow has impregnated politicians, journalists, soldiers, intellectuals and diplomats around the world with the belief that Russia is posing a serious military threat and is up, if necessary, for a fight against NATO, perhaps even for World War III. As a result, the West’s political and military leaders are busy responding to threats that are, in fact, largely ephemeral. Brussels and Washington are, on the other side, insufficiently attentive and inadequately reacting to really existing new challenges in Europe’s east,” the web site noted further.

Geopolitics is all about calculation – always pushing boundaries when it is in your best national interests, but never pushing too far, lest one miscalculate and trigger an aggressive response that wasn’t planned. That is likely what happened a few months ago, when Russian fighter-bombers continued to violate Turkish airspace enroute to bomb targets in Syria; Russia pushed the envelope one too many times, and the Turks made them pay. Being a member of NATO likely saved Ankara from an ugly Russian response; Article V of the NATO treaty requires that all member countries come to the aid of any member nation under attack.

That said, the TNI analysis notes that NATO generals appear to be using an old playbook from the first Cold War when it comes to dealing with Russia, which is wholly inaccurate:

Instead of soberly assessing the the real nature of today Russia’s challenge and the entire gamut of the West’s new options to respond, a collective déjà vu has taken hold of large parts of the Western elites. NATO’s and the EU’s resulting incomplete and misconceived rebuttals are serving rather than containing the Kremlin. They are increasing rather than decreasing insecurity in eastern Europe—a situation full of existential risks for humanity, yet beneficial to the stability and sustainability of Putin’s regime.

NATO and the West in general are guilty of overreacting “rhetorically, militarily and politically” to Russia’s aggression, the analysis says, and in doing so are “playing Moscow’s game.” What they don’t realize is that, for all of Putin’s blustering and the Russian military’s technological improvements, Putin is not able to wage a new Cold War, let alone a hot one.

The biggest reason for that is the fundamental difference between the old Soviet Union and today’s Russian Federation. The latter is not only much weaker than the former, but unlike the USSR and its largely self-contained, planned industry and economy, today’s Russia is much more integrated with the West, thanks to its heavy reliance on the petrodollar.

“Surveying its major pipeline destinations, its foreign direct investors, its most attractive tourist sites, its private real estate locations, its regular or secret bank accounts, its preferred shopping malls, and its popular foreign educational institutions, a large part of the Russian elite’s core interests is located in, connected with or related to countries that are members of NATO, the EU or both (or, like Switzerland, closely tied to them),” the analysis states.

“Though Moscow is trying to create the impression of an aggressive Eurasian hegemon, the Russian Federation is neither a reborn USSR, nor an eastern European China, nor a modern equivalent of Nazi Germany. Russia’s GDP is smaller than that of Italy or California, and Moscow’s economic problems are currently accumulating by the month.”

That said, Moscow has still managed to impress enough Western military diplomats with a series of carefully orchestrated actions that, taken in sum, seem much more impressive than they really are. It should not have surprised anyone that Russia moved to secure the Crimea, for example, because of Moscow’s historic ties to the region and its military importance. Also, Russian action in Ukraine, in hindsight, is not so surprising given its location (it essentially borders NATO) and the West’s desire to absorb it into the alliance.

What’s odd about Western action is that it is arming itself against a Russia that is essentially dependent on the West for its existence.

“That is even more bizarre in view of the fact that, in contrast to the impression that the Kremlin is projecting abroad, Russia is largely isolated internationally. So far, Russia is succeeding in papering over the grave repercussions of its insufficient international embeddedness with political bombast and diplomatic grandeur,” the analysis says.