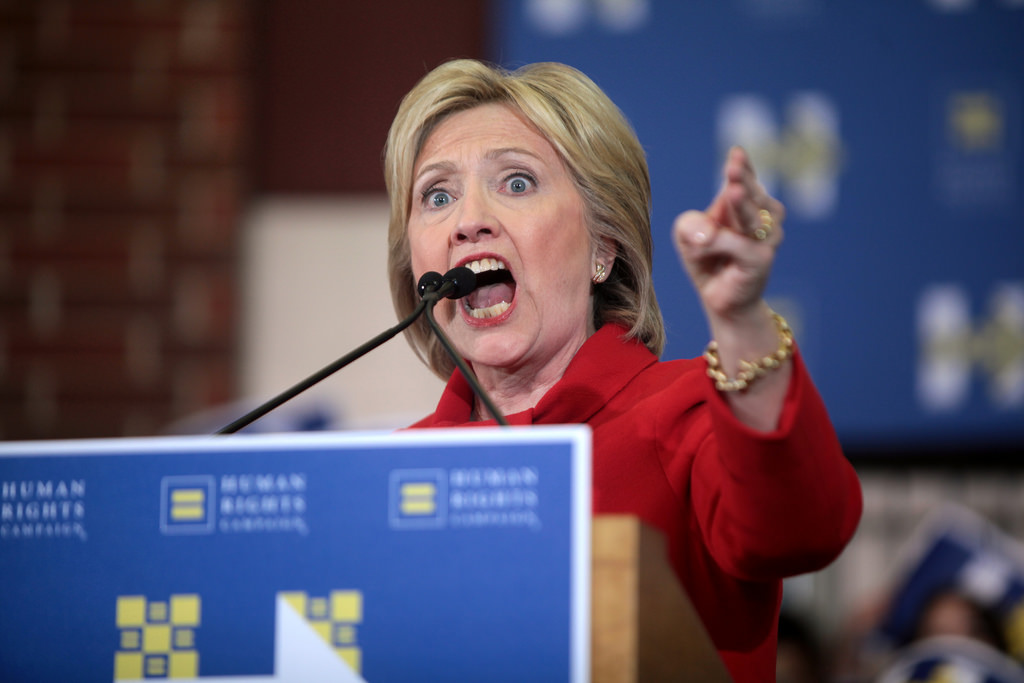 Crooked Hillary, Has anyone ever lived up to their nickname quite like this despicable human being?

The aftermath of the Orlando shooting tragedy — perpetrated by radical Islamist Omar Mateen — has been filled with all sorts of controversy as the Regressive Left seems determined to blame the act of terrorism on everything but radical Islam. Whether it be the Second Amendment, the NRA, Christian bakers, the LGBT community, or white privilege, anything except Islamic terrorism is to blame. Why? Because these cowards are so afraid of looking racist (even though Islam isn’t a race) that they continue to dance around the fact that radical Islam is responsible for the deaths of fifty innocent people.

Just when it seemed as though the tragedy couldn’t get any more disgusting, news of Hillary’s involvement has made it even worse. In 2011, the FBI and DHS were investigating the Fort Pierce Islamic Center, Mateen’s chosen place of worship, due to potential ties to several terrorist organizations. Unfortunately, their investigations were cut short thanks to Clinton’s State Dept. and DHS’s Civil Rights and Civil Liberties Office, who were afraid that they would be viewed as offensive. Apparently not offending Muslims is way more important than stopping terrorism. If that’s not privilege — what is?

In an interview with WND, retired DHS agent Philip Haney stated, “The FBI had opened cases twice on him, and yet they found no evidence to charge him; it means they didn’t go through the same basic, analytical process that I went through over a three-or four-hour period in which I was able to link the mosque to my previous cases.” Once again, it appears as though the feelings of Muslims are more important than the lives of innocent citizens. Given everything that we know now about ISIS and other radical Islamic terrorist groups, why is this such a concern? Why isn’t the safety and freedom of the American people a top priority to these liberal cowards?