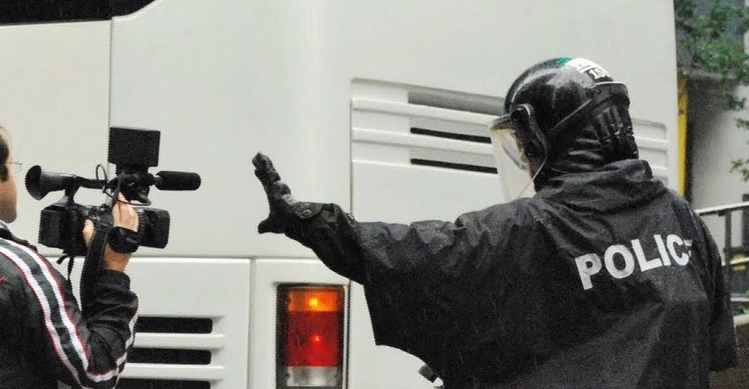 Americans do not have the First Amendment right to film or take pictures of police officers without a sufficient reason, according to a ruling by U.S. District Judge Mark Kearney at the U.S. District Court for the Eastern District of Pennsylvania.

Both Fields and Geraci sued the city on the grounds that the Philadelphia Police Department violated their Constitutional right to videotape public authorities. Former rulings have deemed that the public has a right to film police for “expressive conduct” purposes. The court permitted Fields’ claim of false arrest and Geraci’s claim of excessive force to go to trial.

Unfortunately, the court ruled that the First Amendment does not give citizens the right to film police unless a specific act is challenged or criticized. The court deemed:

“Fields’ and Geraci’s alleged ‘constitutionally protected conduct’ consists of observing and photographing, or making a record of, police activity in a public forum. Neither uttered any words to the effect he or she sought to take pictures to oppose police activity. Their particular behavior is only afforded First Amendment protection if we construe it as expressive conduct.”

“We find no basis to craft a new First Amendment right based solely on ‘observing and recording’ without expressive conduct.”

“Absent any authority from the Supreme Court or our Court of Appeals, we decline to create a new First Amendment right for citizens to photograph officers when they have no expressive purpose such as challenging police actions,” the final ruling declared.

Eugene Volokh, a professor of law at UCLA, opposes the ruling, arguing it will be overruled by the Third Circuit Court eventually. He also pressed that the First Amendment, which protects the collection of data, is exactly what Fields and Geraci were exercising.

“Your being able to spend money to express your views is protected even when you don’t say anything while writing the check (since your plan is to use the funds to support speech that takes place later). Your being able to associate with others for expressive purposes, for instance by signing a membership form or paying your membership dues, is protected even when you aren’t actually challenging or criticizing anyone while associating (since your plan is for your association to facilitate speech that takes place later). The same should be true of your recording events in public places,” Volokh said.

Since the incident, Kearny has been labeled a “rookie federal judge” and critics have called the ruling, “an embarrassing Constitutional setback for the American judicial system.”