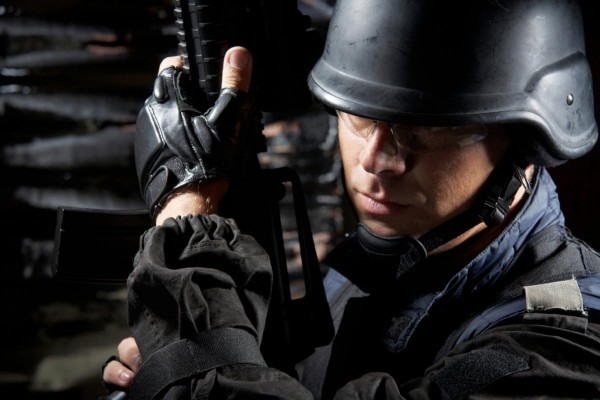 In America, the new reality is a growing police state that demands conformity, tolerates little dissent, and has completely forgotten how to talk rationally with its own people because it is so out of touch.

In a report from the New York Daily News earlier this month, if you become a student loan renegade you can now expect to be mauled and threatened by heavily armed federal agents acting at the behest of the nation’s newest law enforcement agency, the Department of Education:

Seven U.S. Marshals armed with automatic weapons arrested a Texas man for not paying a $1,500 student loan from three decades ago, he claims.

“They grabbed me, they threw me down,” the 48-year-old Paul Aker, a Houston resident, told the paper. “Local PD is just standing there.”

He said he got the loan in 1987 while attending Prairie View A&M college, and said he had not received any prior written collection notice from the government prior to the raid.

What’s more, Aker isn’t going to be the only one victimized. According to Fox 26, the U.S. Marshal’s service – which apparently has nothing better to do than to terrorize student loan criminals – plans to serve another 1,500 warrants.

A little much, you say? You’d be correct. As Hodges notes:

He further noted that Kenneth Wright, from Stockton, California, was grabbed by his neck and dragged across his front law before being handcuffed while his three young children looked on before being put into a police car while officers searched his house.

“Acting on behalf of the Department of Education, the swat team damaged the house and have refused to properly repair the damage. Wright was held for over six hours before federal officials released him,” Hodges wrote.

His crime? You guessed it; student loan delinquency. But actually the agents and police were there for his estranged wife who was not at home at the time of the raid.

The federal government has an extreme motivation to engage in predatory student lending for college tuition. The government is charging exorbitant interest, on a balance of $1 trillion dollars and for this kind of money, they will break your door down and terrorize you and your family. This is life in a police state.

There is also this. Successive congresses and presidents – most notably the past two presidents and their congresses – have amassed so much national debt that such drastic “bill collection practices” were inevitable.

When a government is $20 trillion in debt (and rising); when there are so many entitlement programs that nearly two-thirds of every federal budget is automatic mandatory spending; when the programs that need to be reformed or, better yet, eliminated or turned over to the private sector are so politically untouchable as to continue until the country collapses – then you get a government apparatus that is so desperate for every dime it can get it will use any resource available to it to ensure the bill is collected.

Just consider all of the resources the Bureau of Land Management allocated for the collection of back fees from Nevada rancher Cliven Bundy in 2014. As NaturalNews and Newstarget editor Mike Adams, the Health Ranger, reported:

The federal government is out of control yet again, staging a heavily militarized siege of the Bundy cattle ranch in Nevada, where the Bureau of Land Management (BLM) has decided to bring a literal army of heavily armed “soldiers” to intimidate the Bundy family and steal his hundreds of cattle.