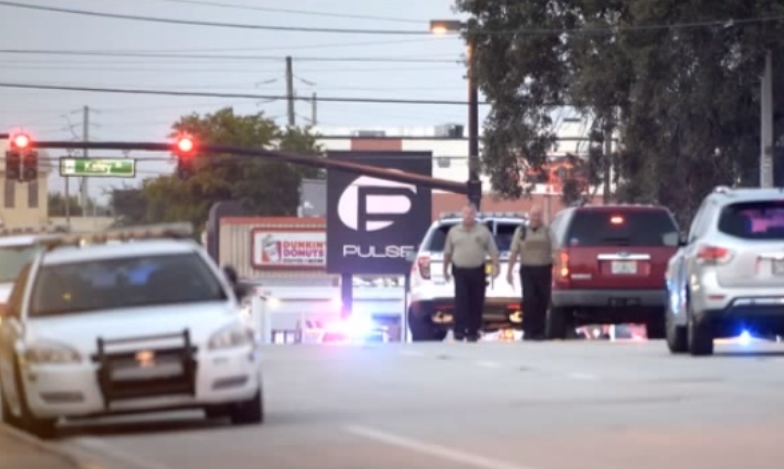 In a long list of who is responsible for the horrific slaughter at the Pulse nightclub on Saturday, the Huffington Post blames everyone imaginable—from Ted Cruz to Pope Francis—except the real culprit: radical Islam.

“I blame Ted Cruz, Pat McCrory, and every single politician in America and around the world who has promoted fear and hatred against the LGBTQ community in attempt to garner more votes,” writes “trans activist” Mischa Haider in her angry HuffPo diatribe.

What Cruz did say, had Ms. Haider bothered to look, is that violence against homosexuals “is wrong, it is evil, and we must all stand against it.”

“Every human being has a right to live according to his or her faith and conscience, and nobody has a right to murder someone who doesn’t share their faith or sexual orientation,” Cruz added.

For his part, North Carolina governor called the Orlando shooting a tragedy, offering his prayers for the victims’ families and noting that those who died “were innocent victims of an inexcusable act.”

In her op-ed, Ms. Haider goes on to blame “every religious leader who has encouraged his faithful to be intolerant towards LGBTQ people and urged them to fight against our basic rights and dignities as human beings,” with evident reference to Pope Francis, who has been the world’s most vocal critic of “gender ideology,” which he has called “demonic.”

Although Pope Francis has never encouraged violence toward anyone for their sexual orientation, his remarks are interpreted as “encouraging intolerance” simply because he stands by the biblical injunction against homosexual relations as sinful and contrary to God’s plan for humanity.

But after going through a laundry list of her least favorite Christians, blaming them all for the actions of a lone gunman in an Orlando nightclub, what Haider fails to do is to point her finger at the ideology that truly stands behind the massacre: radical Islam.

The closest Ms. Haider ever comes is to vaguely mention ISIS in a list of “hate groups and terror groups,” ridiculously and offensively placing the American Family Association next to ISIS and the Ku Klux Klan, as if they were somehow similar and equally responsible.

Haider studiously avoids mentioning that the Islamic State has publicly taken responsibility for the massacre that killed at least 50 people.

“The armed attack that targeted a gay night club in the city of Orlando in the American state of Florida which left over 100 people dead or injured was carried out by an Islamic State fighter,” said the Islamic State’s Amaq news agency on Sunday.

She also omits the fact that federal authorities identified the shooter as 29-year-old Omar Mateen, who had pledged allegiance to the Islamic State in a communication with law enforcement before he was killed by police.

Ms. Haider somehow forgets that as Christians around the country prayed for the victims and their families, supporters of Islamic State praised the attack in a flurry of comments on social media.

The slaughter of 50 innocent Americans cries out for outrage. It cries out for a response against the perpetrators of such a heinous, execrable crime.

Mischa Haider’s op-ed offers none of that. It is an offensive, mean-spirited attack on Christians, who had absolutely nothing to do with the massacre, while tiptoeing around the real issue at hand.

As Ted Cruz said in his commentary on the shooting, if people really want to show support for LGBT individuals, “show real courage and stand up against the vicious ideology that has targeted our fellow Americans for murder.”

Listen to the discussion of this article on Breitbart News Daily on SiriusXM: