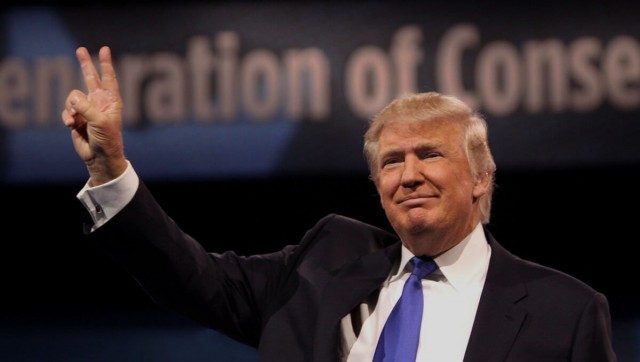 (Trump.news) For liberal Democrats, nothing is out of bounds when it comes to seizing, and then keeping, power. That includes giving people who aren’t even citizens of our country – and who thus have not yet earned the right to participate in our political processes – the ability to vote (we won’t say “right to vote” because they have no “right” to vote).

Some of the same people who have no doubt accused prospective GOP presidential nominee Donald J. Trump of spreading hate, discontent and distrust, are now utilizing hate, discontent and distrust [of him] to convince residents of San Francisco who are opposed to The Donald’s immigration policies to flock to polls in November and approve giving illegal aliens voting privileges.

Eric Mar, a member of the San Francisco Board of Supervisors, introduced a proposed charter amendment last week that would permit illegal aliens who have children 18 years old or younger in the public school system (which should also not be happening) the ability to cast ballots in local school board elections, according to Fox News.

Mar said he believes that Trump being on the presidential ballot this fall will very likely influence more Latinos who are “disgusted” by his politics to go to the polls on Election Day [actually, nationwide, Trump’s support among Hispanics is rising and is nearly equal to that of his likely Democratic opponent, Hillary Clinton].

“With Donald Trump’s racist and anti-immigrant sentiments, there is a reaction from many of us who are disgusted by those politics,” Mar said, echoing standard Democratic talking points. “I think that’s going to ensure there is strong Latino turnout as well as other immigrant turnout.”

“The time is right for San Francisco to make history, to pave the way for immigrant parents to have a say in the policy decisions that impact their child’s education and who gets to sit on the Board of Education,” Mar said in a written statement, intentionally glossing over the fact that his is the “sanctuary city” where American citizen Kate Steinle was killed by an illegal alien nearly a year ago.

As Fox News has noted, this will be the third time San Francisco has attempted to allow illegal aliens the ability to vote.

As reported by the Washington Free Beacon:

In 2004, voters narrowly rejected an identical ballot measure by a 51 percent to 49 percent margin. In 2010, a second attempt was shot down by voters, 54 percent to 46 percent.

David Chiu, a California assembly member who introduced the 2004 measure to give illegal immigrants the right to vote, says that residents of the city must come together and stand up against Trump.

“With the anti-immigrant rhetoric from Donald Trump, it is more important than ever that we come together as San Franciscans to stand up for our immigrant communities and support their civic engagement,” Chiu said in a statement.

Among other policies, Trump has vowed to complete the construction of a border wall that was begun after the passage of legislation in 2006 calling for it, and to clamp down on sanctuary cities [PDF] like San Francisco who harbor illegal aliens in violation of U.S. immigration law. Democrats there and in other sanctuary cities are opposed to Trump’s policy not because it is racist but because it will deprive them of some of their power base.

Like tens of millions of other Americans Hans von Spakovsky, a senior legal fellow at the Heritage Foundation, says it is wrong to extend voting rights to people who have not made a commitment to the U.S. Constitution by becoming citizens.

“It is wrong to extend the vote to individuals who have not entered the American social compact or made a commitment to our Constitution, our law, and our cultural and political heritage by becoming citizens,” von Spakovsky told Fox News. “It is even worse to extend the franchise to illegal aliens whose very first act is to violate our laws; that encourages contempt for the law.”