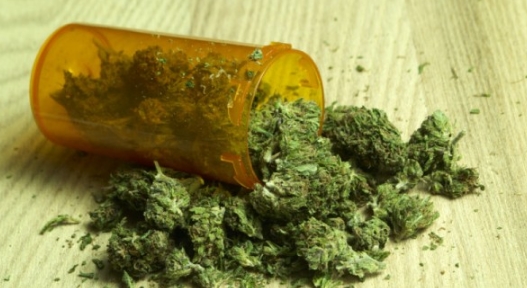 Since President Obama has shirked his constitutional duty to “take care” that all laws of the United States are enforced, especially its drug laws, it is incumbent upon Congress to clear up the lingering confusion and frustration regarding marijuana use. That’s because by not enforcing the federal prohibitions against pot use, states have been allowed to enact a patchwork of their own laws that not only conflict with federal statutes but also rules governing state and federal agencies as they pertain to drug use among the population.

One of the most recent victims of this mess is Raymond Schwab, a Kansas father and veteran who had been given a prescription for medical marijuana from neighboring Colorado, where it’s legal.

“People who don’t understand the medical value of cannabis are tearing my family apart,” he told The Guardian.

Last spring Schwab attempted to move his family to Colorado to grow medical marijuana for fellow needy vets, but while he and his wife were preparing to make the move the state moved in and took five of their children, ages 5 to 16, for suspicion of child endangerment, “ensnaring his family in interstate marijuana politics,” the paper reported in online editions.

Such cases have become major causes for pot activists and confused courts, family attorneys and Child Protective Services divisions who are all unsure about where legal lines regarding pot use are drawn now that some states have approved it for recreational use (Colorado and Washington, among them).

“There’s still a stigma against parents who use medical marijuana,” Jennifer Ani, a family law attorney, told The Guardian. She stated that she sees about five cases a month, 95 percent of which there is no child endangerment whatsoever. “As much as marijuana is a moving target throughout the nation, with Child Protective Services it’s even more so.”

Ani added that concerns regarding contact-highs for kids or children chomping down on raw cannabis are the most oft-cited concerns by courts and agencies. However, she said, those are not scientifically sound arguments that a child is most definitely in any danger. She says that contact highs are largely mythical; as for cannabis, it has to be cooked before it can get you high.

The U.S. Department of Health and Human Services declined to comment on the Schwab case but pointed us to their guide “Parental Drug Use As Child Abuse”, which says that “exposing children to the manufacture, possession, or distribution of illegal drugs is considered child endangerment in 11 States [including Kansas]” and “the Federal Child Abuse Prevention and Treatment Act requires states to have policies and procedures in place to notify child protective services agencies of substance-exposed newborns.”

But what about states that have legalized the drug? Isn’t there some leeway there? Can’t state and federal agencies decide, as our president has done, which rules they want to enforce and which ones they want to ignore? No, they can’t – only a president whom Congress refuses to hold responsible gets to arbitrarily enforce (or ignore) laws.

And through his actions (and inactions), Obama has also strained relations between states, especially those that border Colorado who have a) not legalized pot for recreational use; and b) whose state agencies are bound by state law (and federal statutes) to act in certain ways when pot is unlawfully consumed inside their borders.

In fact last year, The Guardian reported, sheriffs from Nebraska, Oklahoma and Kansas filed a lawsuit against Colorado for its marijuana laws, saying it only increased trafficking. This month the Kansas attorney general sent out a survey to 500 county and district attorneys seeking input as to how Colorado pot is affecting their caseloads.

As for Schwab, a U.S. Navy vet who served during the Gulf War, he said that he uses a cannabis butter he makes at home to treat his post-traumatic stress disorder, and for chronic pain. Before then, he says he went years without a diagnosis, becoming addicted to pain medications and then heroin. He said he got sober after a rehab stint in 2011.

He arranged in early 2015 for his job with the Department of Veterans Affairs to be transferred from Kansas to Colorado; while preparing for the move, he and his wife arranged for the five kids to stay with relatives. One day, after driving 60 miles from home, they received a call that said they must appear that day before an emergency hearing because their kids had been taken into state custody. He said one of the relatives – he did not give a name – took his kids to a police station saying their parents had abandoned them to go work on a pot farm in Colorado.